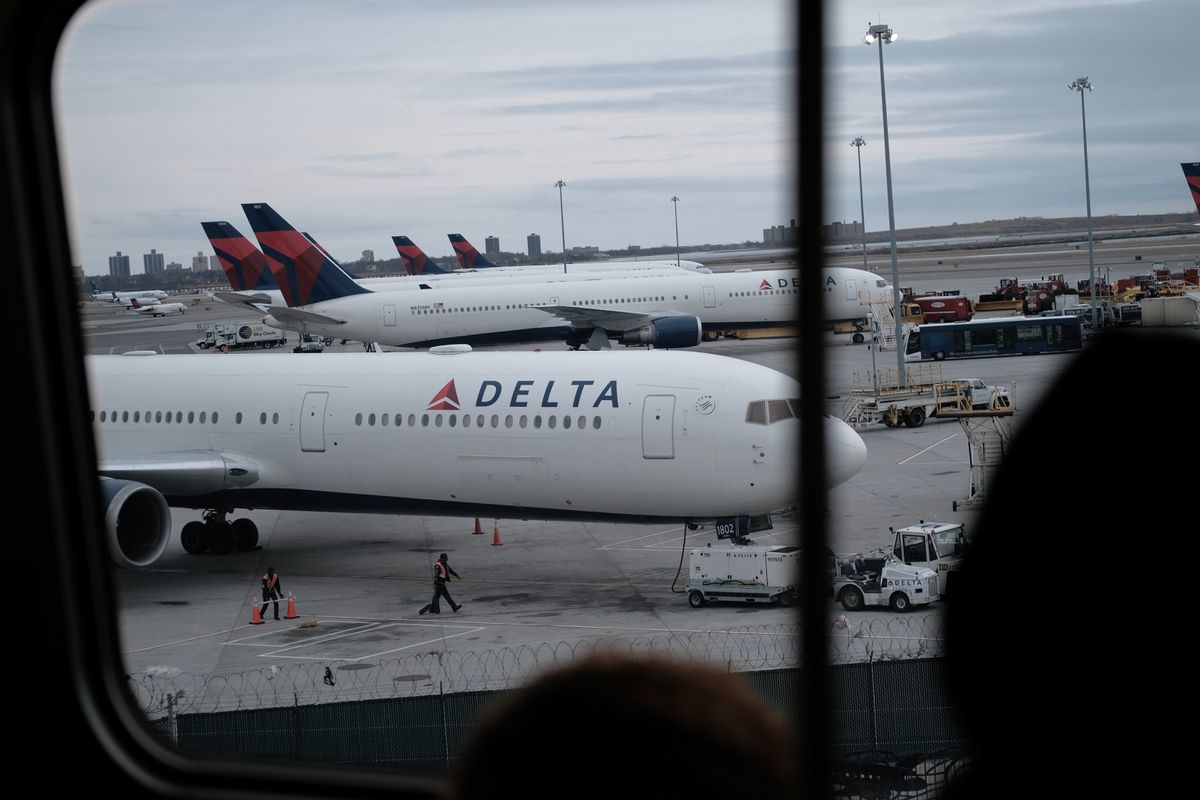 A trio of unruly would-be passengers at John F. Kennedy Airport viciously beat down two Delta Air Lines employees after a flight crew decided they were too drunk and belligerent to board a flight to Puerto Rico, federal prosecutors said Thursday.

Long Island residents Jordan Nixon, 21, Janessa Torres, 21, and Johanna Zavala, 44, were set to board a midday flight to San Juan, Puerto Rico on Sept. 22 after their morning flight reservation was changed.

In the intervening hours, the women ordered nine drinks at an airport bar and showed up to their gate visibly drunk, according to prosecutors.

Zavala had difficulty walking, while Nixon smelled of alcohol and held a to-go cup filled with an orange liquid that also smelled like alcohol, the feds said.

A Delta gate employee informed the flight crew of the three passengers’ state, and a flight crew member and the captain of the flight determined that the trio would not be allowed to board, according to court papers filed by prosecutors.

A security officer was called to inform the three women, and told the group that while they wouldn’t be allowed on the flight, they could rebook on another flight later that afternoon, prosecutors said.

But the women refused to leave the jetway, and began cursing and screaming at the security guard, according to court papers.

“Nixon began to tap on [the security guard’s] head and removed his radio, which had been clipped on his person. Nixon then struck [the security guard] repeatedly with his radio as he struggled unsuccessfully to regain control of it,” prosecutors wrote in a memo asking a judge to set bail in the case.

Zavala punched in the face a Delta gate employee who was trying to stop the mayhem and help the security guard, prosecutors said.

As the gate employee called for backup, the trio punched and kicked the security guard, who had fallen to the floor — and Torres stepped on the guard’s face, according to the feds.

The flight crew was able eventually to shield the security guard behind a glass pane to stop the assault and neither employee has returned to work at the airport since that day, according to prosecutors.

Attorneys for Torres and Zavala did not immediately respond to requests for comment.

Nixon’s attorney, Peter Guadagnino, said he and his client would assess the evidence in the case.