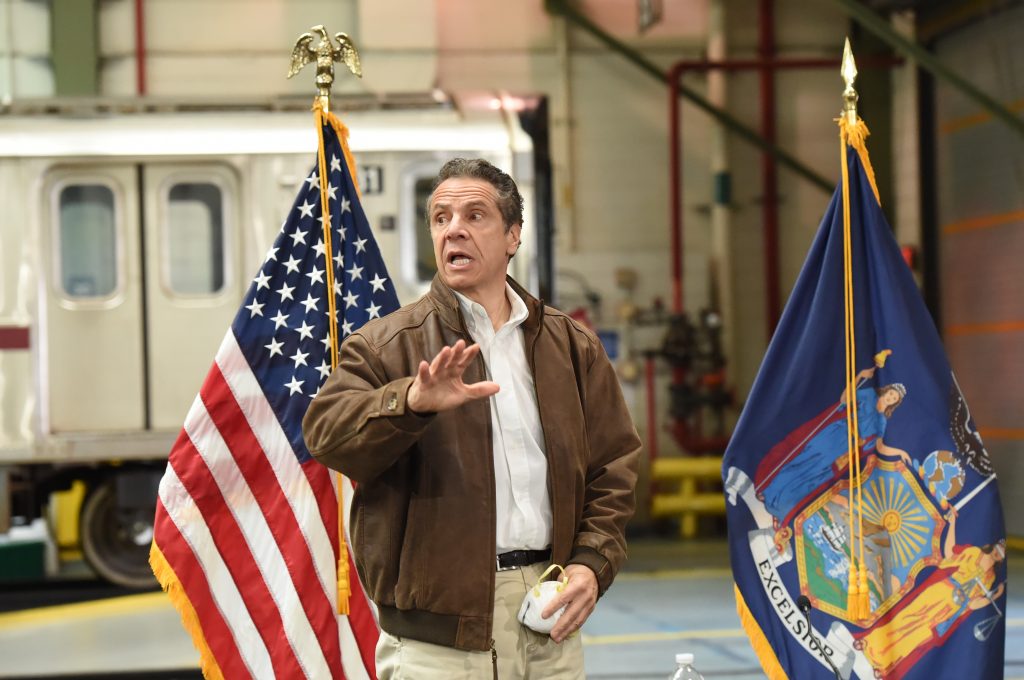 Governor Andrew Cuomo marveled Wednesday at the low infection rates of essential workers as he reviewed the most recent stats during his daily pandemic briefing.

Those in healthcare have a lower infection rate – 12% – than the general public; meanwhile, transit workers, who have suffered tremendous loss of life, have proven to only experience COVID-19 at a rate of 14.2%, according to the state’s findings.

For Cuomo, the reason for the low infection rates is simple: protection.

“That means PPE works… How do healthcare workers have a lower percentage of infection than the general public? Because don’t do these things at home. They don’t take the same precautions,” Cuomo said. “That should give us all some peace of mind… We’ve made sure that they were protected in doing the work that they’re doing. All of the public service frontline workers tested below the general public.”

NYPD had a 10% percent infection rate while the Fire Department experienced 17% infection rate. About 2,700 New York State Police officers were sampled and found to be only 3%. The general public of upstate New York has a 12% infection rate, according to the governor.

Department of Corrections officers in state prisons were found to have a rate of 7.5% of a pool of 3,000.

This was not always the case for NYPD who in mid-April had up 3,000 officers out sick or in quarantine, about 20 percent of the force. Since the department has seen a 28% reduction in COVID-19 numbers among their ranks, but 41 members have died.

The MTA’s position in infection rate has come a long way in the past month after sweeping changes to COVID-19 protocol for their employees.

Mid-April was problematic for the MTA as the agency struggled to maintain service that would prevent congestion on account of 2,200 of their workers being out on quarantine.  MTA Chair Pat Foye indicated at the time that 582 of the staff tested positive and as the pandemic progressed over 100 transit workers would die.

The MTA responded by reversing course on their PPE policy which followed Centers for Disease Control recommendation that only sick individuals should be wearing masks. On May 13, the agency announced it would distribute 1.9 million masks and more than 4 million pairs of gloves to its workers as part of the ongoing effort to protect employees.

Another historic move by the MTA was the closure of the subway system between the hours 1 and 5 a.m. for sanitation every night for the first time in 115 years. Homeless men and women are also forced out of the system between these hours; city agencies offer them alternate services.