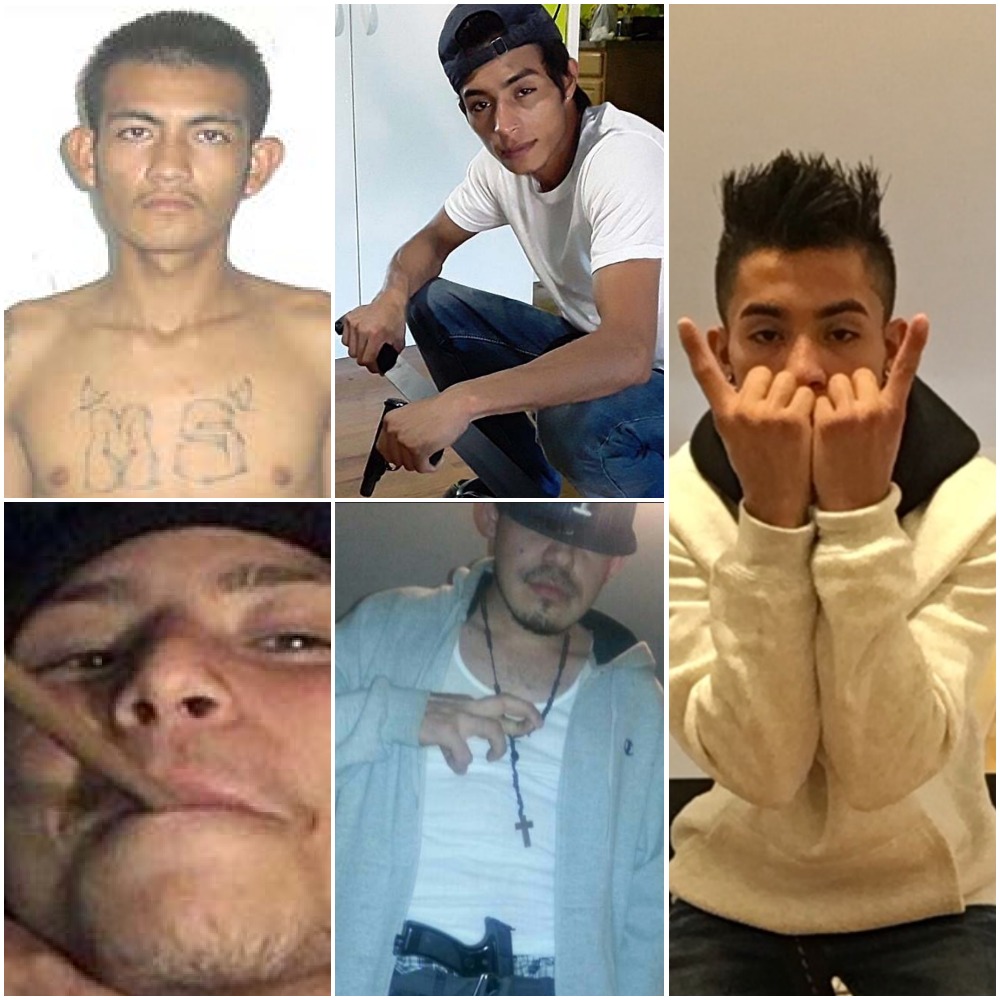 Ten alleged members of the MS-13 gang, nine of whom lived in Queens, were charged with three killings that took place in Queens from April 2018 to November 2019, the U.S. Attorney for the Eastern District of New York announced on Thursday, May 14.

The four complaints were unsealed in Brooklyn federal court on Thursday. Many of the alleged gang members face life in prison if convicted of the crimes.

In the first incident, Juan Amaya-Ramirez, a 22-year-old from Fresh Meadows, has been charged with murder of 17-year-old Andy Peralta.

On April 23, 2018, Amaya-Ramirez and two others lured Peralta into Flushing’s Kissena Park, according to the U.S. attorney. Peralta was murdered by the alleged gang members because he had a tattoo of a crown on a chest, which Amaya-Ramirez believed was a symbol of a rival gang, the Latin Kings, according to the criminal complaint.

After stabbing and strangling Peralta, Amaya-Ramirez used his iPhone to take a picture of Peralta’s corpse as he displayed MS-13 gang signs with his hands, according to the authorities.

If convicted, Amaya-Ramirez faces a mandatory sentence of life in prison and potentially faces the death penalty.

Melgar-Suriano and Martinez-Garcia both face life in prison and the death penalty if convicted in Alvarenga’s murder.

In a third incident, alleged gang members Ramiro Gutierrez and alleged gang associates Tito Martinez-Alvarenga and Victor Lopez have been charged with the murder of Abel Mosso on Jackson Heights train platform in February 2019.

On Feb. 3, 2019, Gutierrez, Lopez and Martinez-Alvarenga allegedly followed Mosso onto a Manhattan-bound 7 train at the Flushing-Main Street station because they believed he was a member of a rival gang, according to U.S. Attorney Richard Donoghue. Once inside the subway car, Lopez and Martinez-Alvarenga proceeded to assault Mosso and eventually forced him off the car at the 90th Street station in Jackson Heights, authorities say.

Once on the platform, Gutierrez allegedly said in Spanish, “Nobody get involved, we’re MS-13, we’re going to kill him,” according to Donoghue. Gutierrez then allegedly grabbed a gun Mosso had taken from his attackers and shot him multiple times. Mosso died on the train platform.

Police later recovered a video of the murder posted to Facebook.

Gutierrez, Lopez and Martinez-Alvarenga face life in prison and the death penalty if convicted.

In a fourth incident involving alleged MS-13 gang members, Marlon Saracay-Lopez, Ismael Santos-Novoa and Emerson Martinez-Lara were charged with conspiring to murder an MS-13 associate who failed to kill a rival gang member, according to Donoghue.

While six of the defendants have already been arrested in connection the crimes, four of the defendants, who are all currently being held in detention facilities, will be arrested and transferred to federal custody on Friday, May 15.