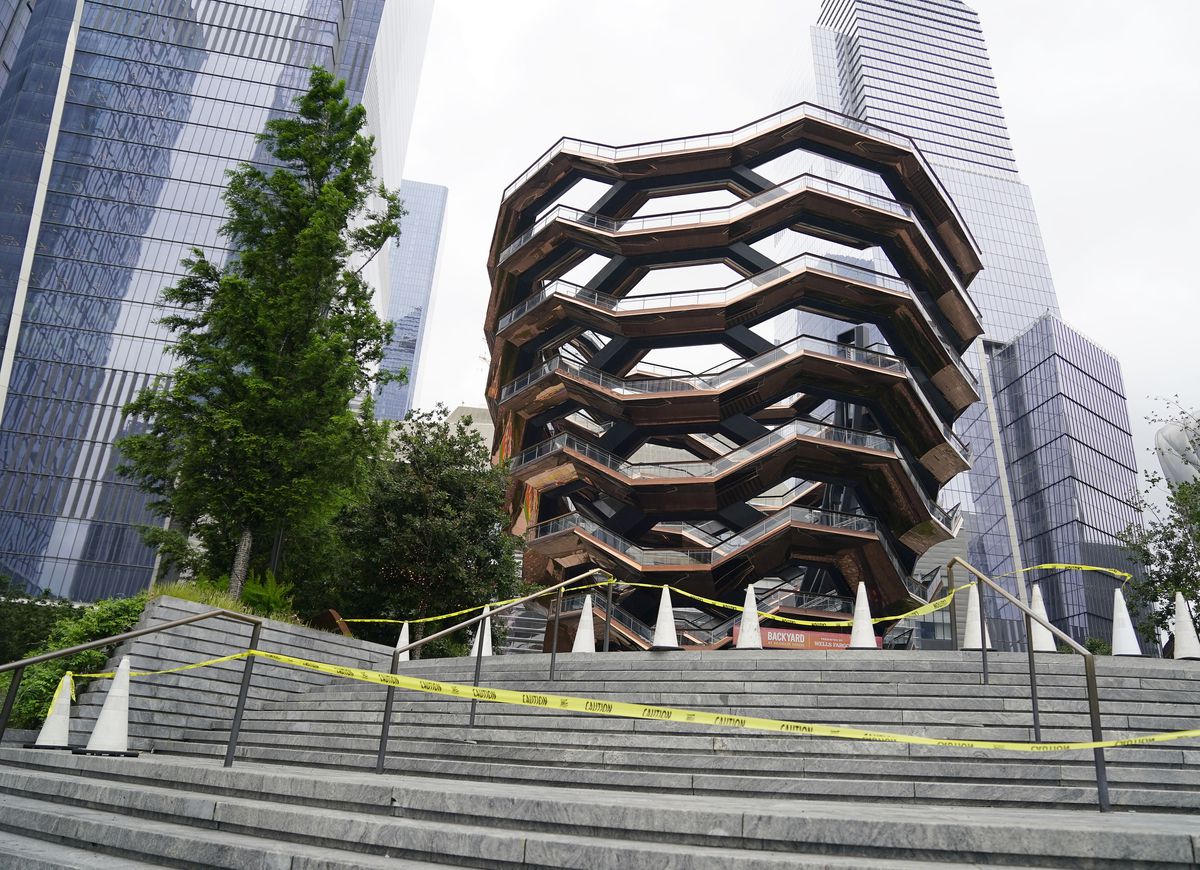 A teenage boy jumped to his death from the Vessel at Manhattan’s Hudson Yards on Thursday as his horrified family watched, police said.

The 14-year-old leaped off the eighth floor of the 150-foot-tall spiraling ziggurat of interlocking staircases near W. 33rd St. and 10th Ave. about 12:53 p.m., cops said.

The youth’s name was not immediately disclosed.

The Vessel shut down for the day as police conducted their investigation, a spokeswoman for the Hudson Yards said.

“We are heartbroken by this tragedy and our thoughts are with the family of the young person who lost their life,” spokeswoman Kimberly Winston said. “We are conducting a full investigation.”

Security rules don’t allow people to climb the Vessel alone — but the teen who leaped to his death was with a family of five, confirmed a spokesman for Hudson Yards developer The Related Companies.

“It’s hard to really fathom how something like that could happen,” Related Companies chairman Stephen Ross said in a statement to the Daily News.

“But I feel terrible for the family. I want to explore every feasible possibility we can, but for now the Vessel is closed.”

The teen is the fourth suicide from the structure since it opened two years ago.

On Jan. 11, Franklin Washington, 21, who was wanted for murdering a 55-year-old woman in San Antonio, Texas, jumped to his death.

About three weeks before that, on Dec. 21, Yocheved Gourarie, 24, of Brooklyn, took a fatal plunge.

In February 2020, a 19-year-old New Jersey man also took his life by leaping off the Vessel.

The striking structure opened in March 2019 and quickly became a tourist hotspot and social media sensation.

Following Washington’s suicide, the Vessel was shut down for four months as Hudson Yards rejiggered its safety procedures.

When the Vessel re-opened in May, Hudson Yards had tripled the structure’s security and visitors could only go up the staircases in pairs or groups. Security guards were also trained on how to identify suicidal behavior and suicide prevention information was posted on the tickets as well as throughout the Vessel, the company said.