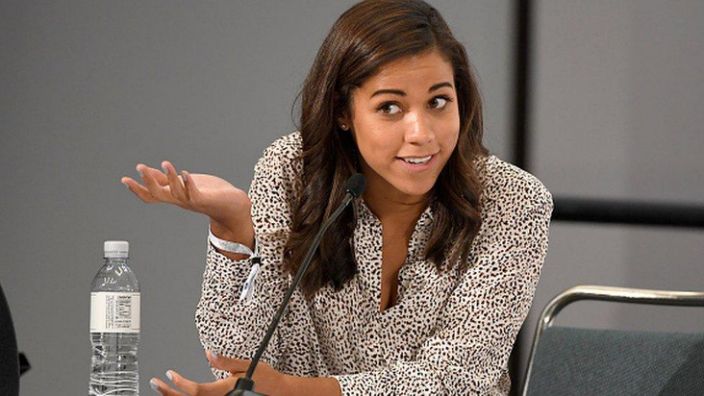 She hasn’t even started her new gig, but would-be Teen Vogue editor-in-chief Alexi McCammond has already been ousted after uproar over 10-year-old anti-Asian tweets.

Ten years ago, McCammond, now 27, mocked Asians on Twitter, and recently, controversy erupted at parent company Condé Nast over its hiring of the former Politico reporter given her past.

And now, McCammond will not in fact join the magazine, The Daily Beast reported Thursday.

Back in 2011, she tweeted, “Outdone by Asian” and “now googling how to not wake up with swollen asian eyes….” and “give me a 2/10 on my chem problem, cross out all of my work and don’t explain what I did wrong…. thanks a lot, stupid Asian T.A. you’re great.”

After someone posted the 2011 tweets on Instagram over the weekend, a public outcry ensued, with some saying that tweets posted by her teenage self should not be held against her, especially if she had learned a lesson, and others saying that their racist nature should disqualify her from the role no matter what.

McCammond apologized and sent a note to her new colleagues on Monday expressing remorse, The Daily Beast said. But then on Thursday afternoon she tweeted that she had “decided to part ways with Condé Nast,” along with a “statement about why.”

““I should not have tweeted what I did and I have taken full responsibility for that,” he statement read in part. “I look at my work and growth in the years since, and have redoubled my commitment to growing in the years to come as both a person and as a professional.”

Even before that, staffers had written a letter to management questioning her hire for the tweets and other reasons, The Daily Beast reported.

Her resignation comes two days after a crazed gunman shot up three Atlanta massage parlors, killing eight people, six of them Asian women. Anti-Asian crime has been on the rise of late as some politicians and former leaders appear bent on blaming the coronavirus pandemic solely on China, where it appears to have originated.