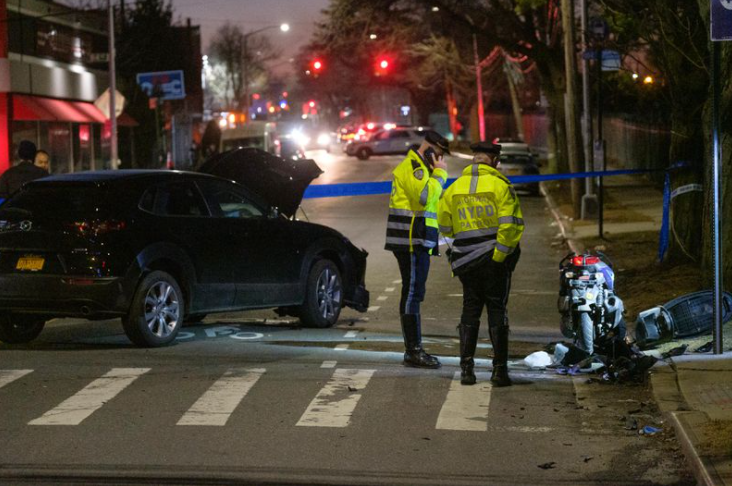 A teenage girl was left clinging to life after the 15-year-old boy operating a motorcycle she was riding on the back of crashed into a car in front of a Queens cemetery.

The 16-year-old girl was seated behind the boy operating a 2021 Yamaha motorcycle on Cooper Ave. in Glendale when he slammed into the front of a Mazda CX-30 in the intersection at 88th St. just outside St. John Cemetery.

Both teens were thrown from the bike and found sprawled out on the street, cops said.

Medics took the boy to Cohen Children’s Medical Center for a leg injury. The girl suffered a head injury and was rushed to Jamaica Hospital, where she was in critical condition.

The 30-year-old man driving the Mazda and his 27-year-old female passenger were taken to Jamaica Hospital with minor injuries.