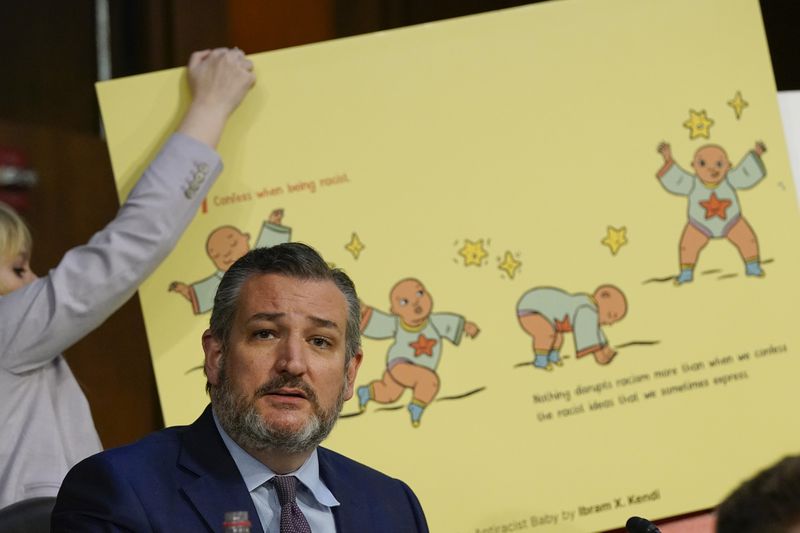 The only thing as good for an author as being praised by Oprah Winfrey is being criticized by Ted Cruz.

“Do you agree with this book that is being taught with kids that babies are racist?” Cruz asked.

The Lone Star state Republican also brought up a second book, “The End of Policing” by Alex S. Vitale, to get the judge’s verdict on that piece of literature.

Jackson patiently explained to Cruz that she had not reviewed either book and couldn’t speak to their messages.

“They don’t come up in my work as a judge, which I am respectfully here to address.”

She also assured Cruz that is isn’t her belief that any child should be made to think other children are racist or of an inferior group.

On Thursday, Rolling Stone reported “Antiracist Baby,” published in 2020, was Amazon’s top-selling children’s book and second-best seller in all categories. By Friday afternoon, it topped both charts. Vitale’s book saw a bump too, the author noted.

“Thanks to Ted Cruz, ‘The End of Policing’ is now the #1 Best Seller in Gov. Social Policy,” he tweeted.

He also joked every copy of that 2017 book would now come with a vial of Cruz’s tears.