Sweden jumps to No. 2 most-infected coronavirus nation per capita 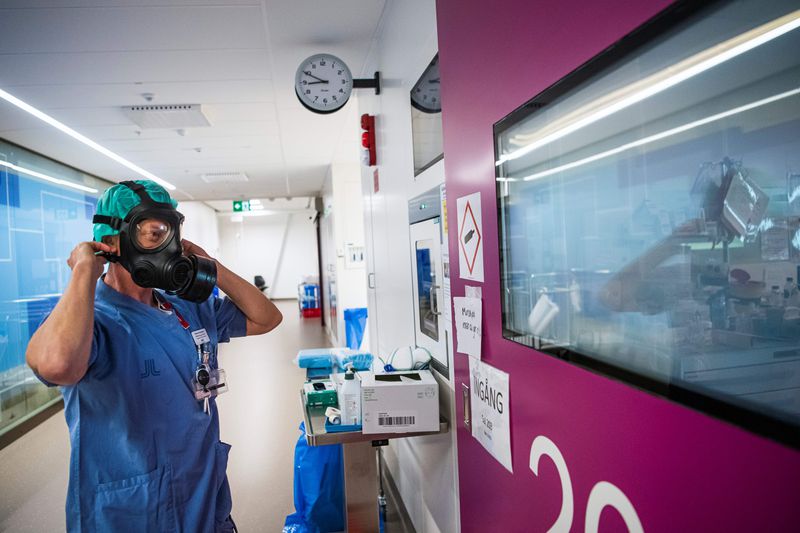 Newly reported coronavirus Swedish cases jumped by an alarming 100 on Wednesday in the Scandinavian nation of 10 million residents, which makes it No. 2 in global per-capita infections, reported Newsweek.

Sweden, which has not been subjected to austere lockdown measures, his now topped more than 50,000 COVID-19 cases.

Although Swedish officials haven’t enforced business shutterings, schools for kids 16 and over were closed and gatherings involving more than 50 people were prohibited, according to Newsweek.

Shops, restaurants and gyms have stayed open in Sweden, while most of its neighbors regimented strict lockdown protocols. National officials have asked its citizens to obey social-distancing measures and steering clear of crowded areas.

“All parts of society must contribute to the prevention of COVID-19, for example by staying informed and taking the appropriate precautions,” decreed that nation’s public health agency.

On Sunday, Swedish Prime Minister Stefan Lofven said, “It’s too early to draw any definitive conclusions about the success of our strategy.”

But the nation’s chief epidemiologist said during a recent radio interview that there was “quite obviously a potential for improvement” in how Sweden could have better quelled the virus spread.

American conservative pundits, most notably those on Fox News, have long been touting Sweden’s coronavirus policy as an effective model.

Former Speaker of the House Newt Gingrich said on the April 6 episode of “Fox & Friends” that “places like Sweden . . . have done a much better job with much less economic damage,” according to Media Matters for America.

Laura Ingraham has continuously lauded Sweden on both social media and her primetime program “The Ingraham Angle.”

“It’s now obvious that our press will oppose any strategy that doesn’t lead to a complete lockdown for at least the remainder of the year,” she tweeted on April 12 wile linking to a Vox story.

Sweden has recorded 5,053 confirmed coronavirus deaths as of Thursday, according to health tracker Johns Hopkins University. The nation also has recorded more than 56,000 COVID-19 cases — nearly 6,000 more than Egypt, which has a population nearly 10 times greater than the European nation.