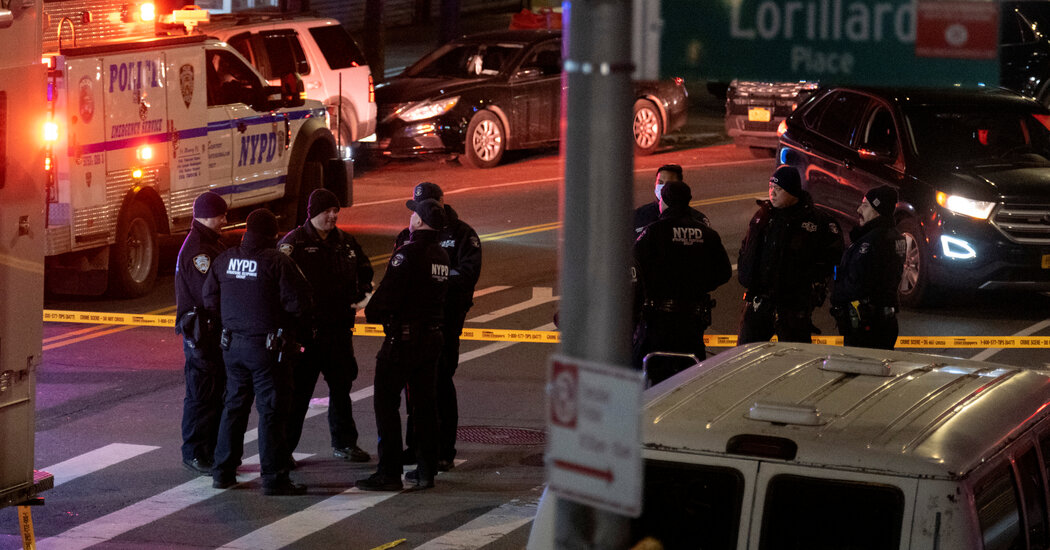 An infant girl was shot in the head and critically injured by a stray bullet on a Bronx street Wednesday night, police sources said.

The 11-month-old baby —whose first birthday will be Friday — was sitting in the backseat of a car parked on Valentine Ave. near E. 198th St. in Bedford Park about 6:45 p.m., accompanied by her mother, when a gunman started shooting at someone nearby, police said.

The tot, who was shot in the left cheek, was intubated, and then rushed to St. Barnabas Hospital, then diverted to New York-Presbyterian Hospital Columbia, where she was in critical but stable condition. Police sources described the wound as life-threatening.

Her father was in a nearby grocery store when the shots rang out, he said.

Surveillance video shows a man running along E. 198th St. before cutting right onto Valentine Ave. A few seconds later, a second man can be seen running after him right before he lifts his gun and aims down Valentine Ave.

The gunman let loose two shots, one of which hit the girl. Her pink, baby-sized jacket remained at the scene, stained with blood.

“This is completely unacceptable in our city,” McCormack said. “[The baby’s] birthday is going to be in a few days. … This is unacceptable, and it needs to stop.”

Mayor Adams visited the girl’s family at the hospital and was headed to the scene of the shooting, according to his press secretary, Fabien Levy.

The shooter, described as a Hispanic man wearing all-black clothing, remained at large.

Police were searching sewer catch basins at the corner and investigated a nearby building courtyard as horrified onlookers gathered.

“It’s f—ing sad, man. Doesn’t make no sense,” said one neighbor who wouldn’t give his name. “They just shoot to shoot.”

Cops are asking anyone with information about the shooter to call Crime Stoppers at (800) 577-TIPS.