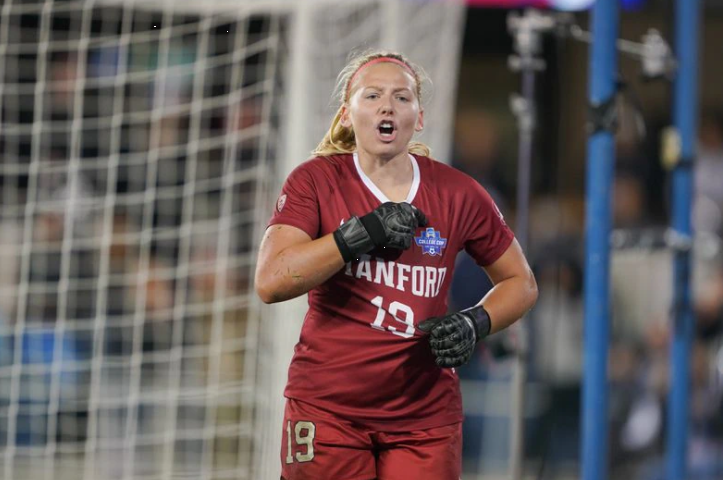 Katie Meyer, the captain and goalkeeper for Stanford’s women’s soccer team, was found dead on the university’s campus Tuesday. She was 22.

Meyer’s cause of death has not been announced. Stanford said she was found dead in her on-campus residence and there was no threat to the community.

“Katie was extraordinarily committed to everything and everyone in her world,” Stanford leaders said in a statement. “Her friends describe her as a larger-than-life team player in all her pursuits.”

Meyer helped propel the Cardinal to the 2019 national championship. She made two crucial saves in the title-deciding penalty shootout against North Carolina, an achievement that the Associated Press named one of the top 10 plays of the year. In the 2021 season, she started all 20 of Stanford’s games and allowed only 17 goals.

Off the field, Meyer was an international relations major, with a minor studying history. Stanford said it would provide counseling and other resources to students, staff and anyone else who knew Meyer.

“There are no words to express the deep sadness we feel about Katie Meyer’s passing,” athletic director Bernard Muir said. “Katie was an outstanding student-athlete and a beloved, passionate leader here at Stanford. Our entire athletics community is heartbroken and Katie will be deeply missed.”