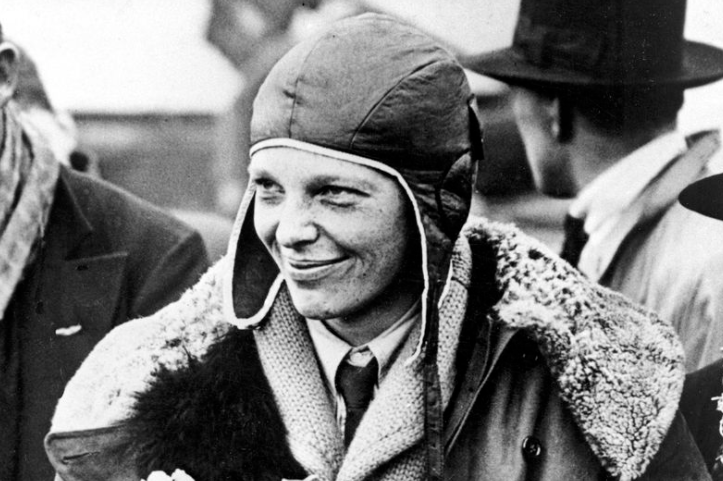 A helmet worn by aviator Amelia Earhart during a trans-Atlantic flight nearly a century ago fetched $825,000 Sunday, according to Texas-based Heritage Auctions.

Earhart was a passenger on that 1928 flight piloted by Wilmer Stultz and Louis Gordon, where she became the first woman to fly over the Atlantic Ocean. In 1932, the 34-year-old adventurer made history again by herself flying from Newfoundland, Canada, to Northern Ireland. No other female pilot had accomplished that feat. She disappeared over the Pacific Ocean during a 1937 flight.

The leather flight cap that sold to an unidentified bidder also comes with a story that includes a lost, but found twist. Minnesota man Anthony Twiggs, who sold the helmet, said he inherited it from his mother when died more than 20 years ago. She was part of a crowd in Cleveland, Ohio, that swarmed Earhart after the aviator completed a 1929 race that had begun in California. Earhart’s helmet came off amid the celebration and was recovered by a boy who gave it to Twiggs’ mother, who was a schoolgirl at the time.

“My mother kept it for Amelia,” he said.

Earhart was declared dead in January of 1939. October marks the 100-year anniversary of her first aviation record, when she became the first woman to fly solo at an altitude above 14,000 feet.