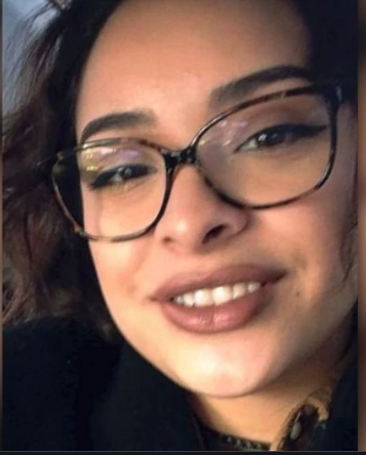 The unhinged ex-boyfriend of a Westchester woman stuffed inside a suitcase and dumped in the Connecticut woods after a lethal 2019 kidnapping was slapped Thursday with a 30-year prison term in her death.

Spurned lover Javier Enrique Da Silva Rojas, 26, was arrested shortly after his final and fatal meeting with former girlfriend Valerie Reyes, who was savagely beaten inside her New Rochelle apartment by the sadistic defendant. Authorities charged he then covered the wounded woman’s mouth with packing tape, put her inside a red suitcase and left her barefoot body in Greenwich, Conn.

The battered woman suffocated inside the “suitcase that became her coffin,” prosecutors said in a pre-sentencing filing.

“I want you to hear the words of a mother who you devastated by taking away my baby girl,” the victim’s mother Norma Sanchez, said at the sentencing. “You deserve nothing but pain and rejection. Today, I hope Valerie finds the justice she deserves.”

The killer, as the victim’s distraught family launched a desperate six-day long search for Reyes, used her debit card to drain her bank accounts of more than $5,300 in cash. He also swapped her stolen iPad for an Apple monitor and a laptop eight days after the Jan. 29, 2019, kidnapping, authorities said.

“Javier Da Silva committed a horrific kidnapping that resulted in the death of a young woman,” said Manhattan U.S. Attorney Audrey Strauss. “The victim of this crime was in the prime of her life when it was senselessly ended by Da Silva’s abhorrent act.”

Da Silva, after pleading guilty to a single count of kidnapping resulting in death, also faces two years of supervised release once his prison term is finished, officials said.

Reyes, 24, the oldest of four children, broke off her relationship with Da Silva in April 2018 after the pair dated for about three months, authorities said. One day before her disappearance, the victim told her mother that “she was nervous, anxious and afraid someone was going to murder her,” according to court documents.

Authorities charged that Da Silva drove to her suburban apartment in a rental car to confront Reyes, with the ex-girlfriend suffering head trauma and bruising before the defendant covered her mouth in tape, bound her feet and hands with twine and shoved her inside the suitcase.

The victim’s body was finally discovered on Feb. 5, about 10 miles from her home, with the medical examiner determining the cause of death was homicidal asphyxiation. Reyes was reporting missing after she failed to show up for her job at a Barnes & Noble in Eastchester.

Only hours after Reyes’ body was found, the Da Silva rented the same vehicle he was driving on the night of the killing to take it to a car wash in an apparent attempt to eradicate any evidence.

But the suspect’s DNA was found on the suitcase handle — and under the Reyes’ fingernails, authorities said.