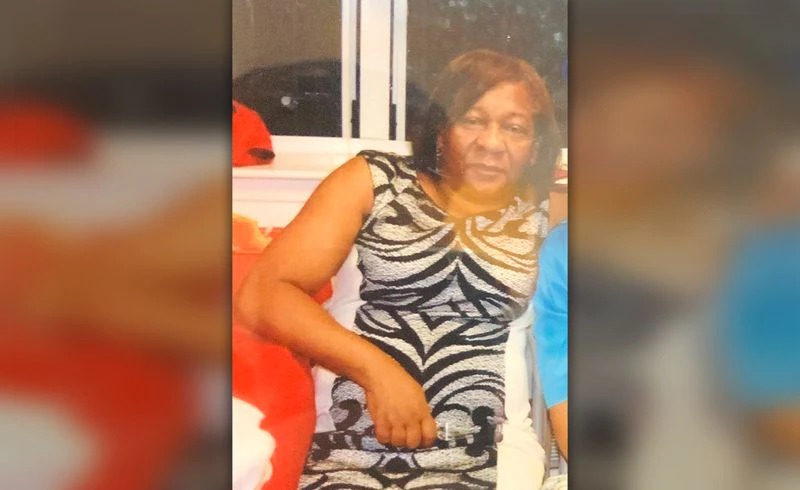 An innocent Bronx woman killed by a stray bullet will never get to see the birth of her newest grandchild — and her enraged family is demanding justice.

Juana Esperanza Soriano de Perdomo, 61, was on her way home from work Monday evening and had just stopped at a store when she found herself in the middle of a gang feud outside a Fordham Heights bodega.

“My mother lost her life for nothing,” her son, Victor Perdomo, 35, told reporters Tuesday.

Perdomo was in front of Mayssa Fordham Deli just after 7 p.m. Monday when a group of men started arguing at the corner of Creston Ave. and E. 188th St. nearby. Someone fired off four bullets, one of which struck the hardworking grandma in the back.

“My mother never had any problems with anybody. She wanted to be here for her grandkids and they took her life. They took her life for nothing,” her son said. “This should be solved. The police should release all the video of the gunman.”

The shooter and his friends ran past Perdomo to a car parked on Creston Ave. then sped off, heading south, while their rivals fled in a car down Creston. Police have not yet made an arrest in the case.

Perdomo had two adult sons and three grandchildren, with another grandchild on the way. Her husband died of natural causes two years ago, Victor Perdomo said.

“She was a beautiful, wonderful, amazing mother and grandmother,” her son recounted. “They took her away from seeing her youngest grandchild being born. She’ll never get to meet the new baby.”

She worked in shipping at a bathroom appliance company, spending everything she earned on her family in New York City and in her native Dominican Republic, Victor Perdomo said.

“She was too kind-hearted. She loved everyone,” he said.

Perdomo’s killing comes just hours after Mayor Adams visited the anguished family of 12-year-old Kade Lewin, who was struck and killed by a stray bullet Thursday night Kade was shot to death in East Flatbush when a gunman unloaded 11 bullets, missing his target but striking him and his 20-year-old cousin as they sat parked in the family’s Toyota Corolla.

“They’re very friendly. It’s a sad story. The city and police force have to pay more attention and take the violence off the streets.” he said, adding: “In this area, not only in Manhattan. Because good people live here. How are they going to take guns off the street?”