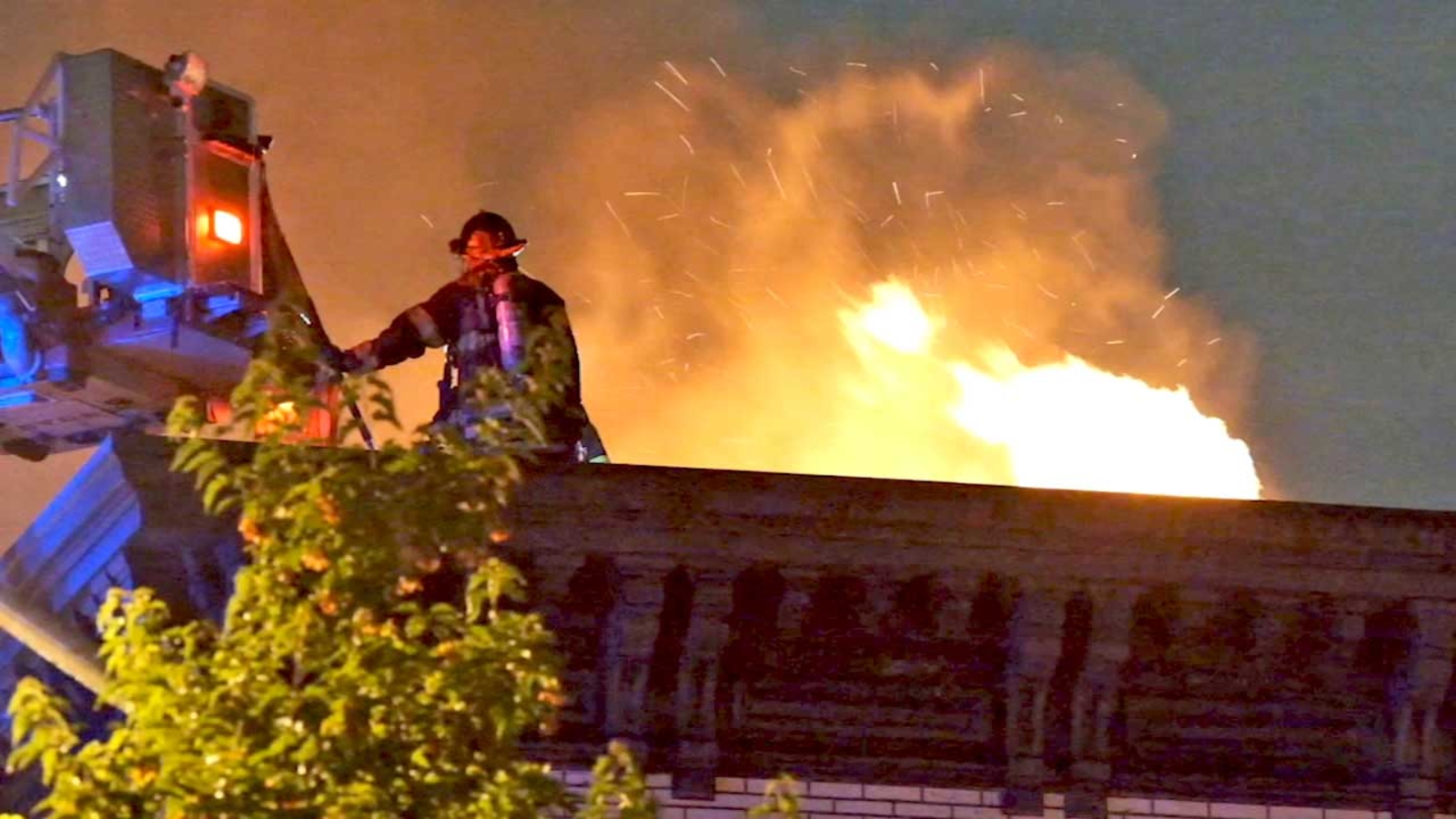 A four-alarm fire tore through an apartment building in Bayonne, injuring residents.

The fire broke out on the first floor of the apartment building on Broadway just before 10:30 p.m. Tuesday.

Flames spread, eventually shooting through the roof into the night sky.

Several residents were pulled from the burning building, including one from a third floor window.

They were taken to the hospital with non-life-threatening injuries.

The fire took hours to bring under control.

The cause is under investigation.