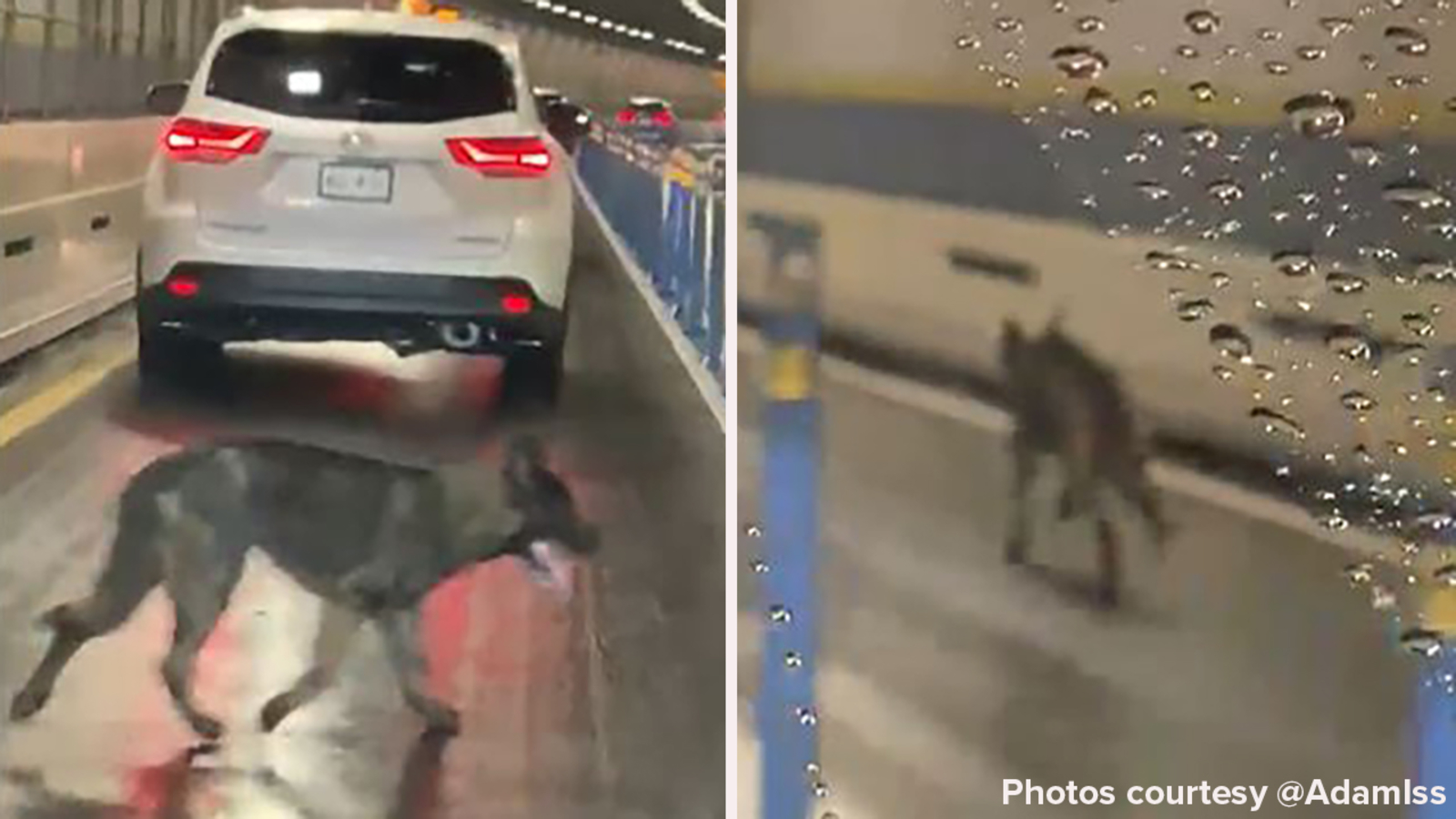 An adventurous puppy that was rescued after running through the Holland Tunnel last month is being released from an animal hospital Wednesday and is looking for a fur-ever home.

After escaping from yard in Red Hook and roaming New York City and New Jersey, 8-month-old Akita and Shepard mix Bailey is being released from Veterinary Emergency and Referral Group Brooklyn and will be with a trainer until he is adopted or fostered.

Veterinarians say Bailey, who was brought into the 24-hour emergency animal hospital on May 8, suffered three full-thickness wounds over his right ankle and paw, as well as abrasions to his face, during his 10-day, six-mile trek across two states.

“He is all healed and ready to go home,” Dr. Dong-Woo Jin said. “He had lost some weight while running around the city, but he’s back to normal and is doing great except for some trust and behavioral issues.”

Bailey managed to break out of his fenced-in yard in Red Hook on April 29 and was later spotted swimming in the East River before being herded back to shore by a good Samaritan.

After a quick bask in the sun, Bailey vanished once more.

A few days later, tips began pouring in that Bailey had been spotted near the Brooklyn Battery Tunnel entrance.

Before too long, New York commuters began posting on social media that a dog was running loose in the tunnel. A police officer monitoring the situation said Bailey had exited in Manhattan at Trinity Street.

“We were doing everything we could to track him down, but as quickly as we would find out where he was, he was gone,” said Harriet Zucker, the director of Red Hook Dog Rescue who had been helping Bailey through behavioral issues for several weeks before his escape. “I just couldn’t believe he had made it to Manhattan, especially because he had never been out on his own like that before.”

That Saturday, while Zucker was posting flyers in Downtown Manhattan, she received a call from Port Authority police saying Bailey had been spotted in the North Tube of the Holland Tunnel, eventually crossing over into Jersey City where he was corralled in the parking garage of a Home Depot.

“We’re talking with the officers that originally made contact and they’re saying this dog is from New York,” said Andrew Vignapiano, the police officer who apprehended Bailey in Jersey City. “I’m going, ‘From New York? How is that possible?'”

Video posted on social media showed the dog in the tunnel, with a police car following behind.

Zucker, who was instrumental in helping to track down Bailey during his adventure, hopes that the puppy’s newfound fame will draw the ire of foster parents or a forever home that can help him work through his issues.

“We’re just so glad he’s safe and doing well,” Zucker said. “Despite the ruckus he caused over that week and a half, he really is a loving puppy when you gain his trust. With a little more training and the right home, he’ll make a great companion.”

Anyone interested in adopting or fostering Bailey, or who would like to donate to help fund the cost for his medical treatment and care, can email rhdrdogs@gmail.com or call 520-200-7437