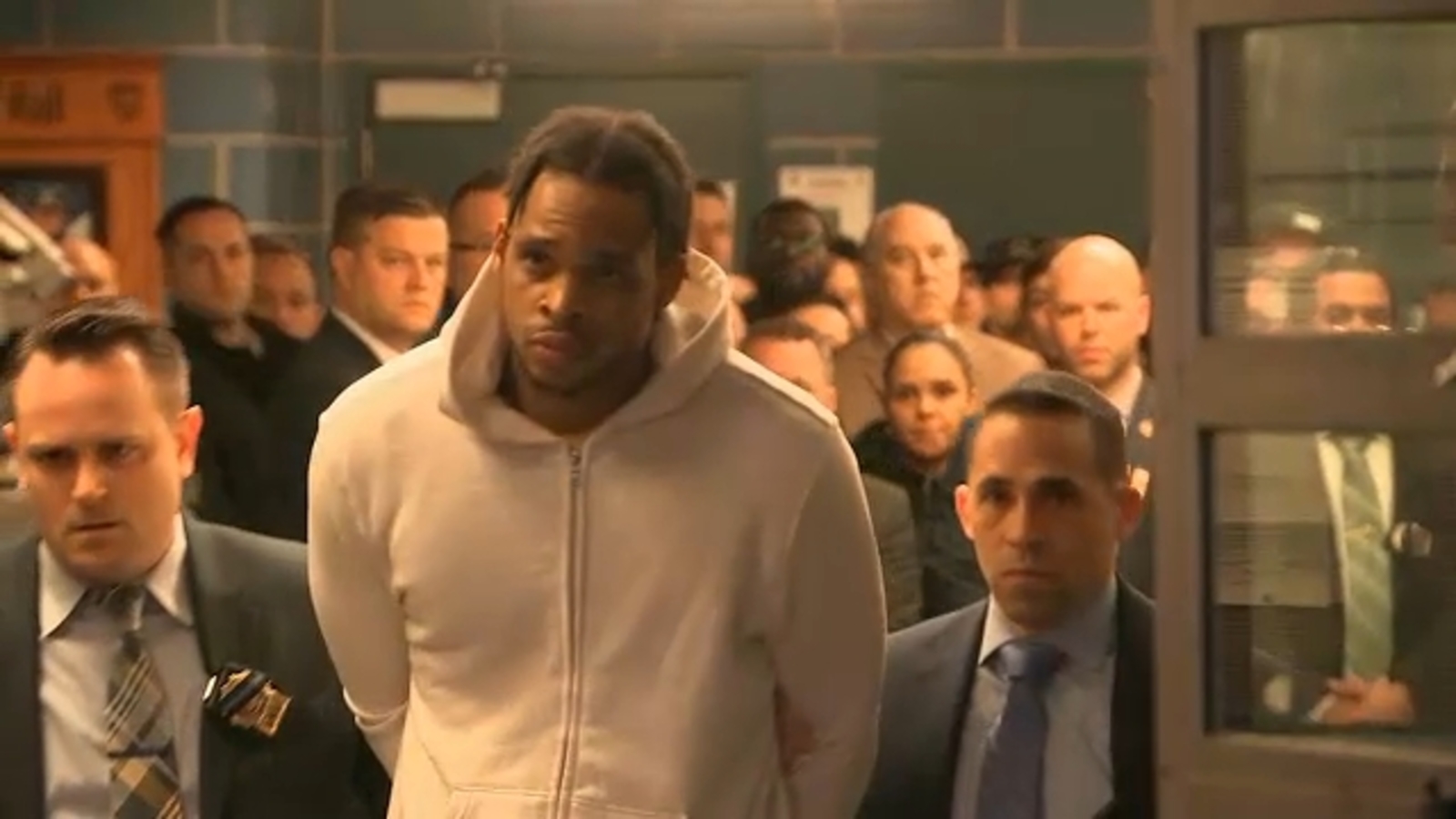 A man convicted of murder in connection to a 2019 store robbery that led to the friendly fire death of NYPD Detective Brian Simonsen will be sentenced Thursday.

A Queens jury convicted him of murder, robbery, assault and other charges last month.

Simonsen died in hail of police gunfire as multiple officers responded to the robbery of an electronics store in Richmond Hill in February 2019.

Freeman and a co-defendant, 30-year-old Christopher Ransom, were robbing a T-Mobile store when a group of officers – including Simonsen – rushed to the scene and confronted both.

Ransom had a realistic looking imitation pistol and pointed it at officers.

Officers fired their own weapons, and the 42-year-old Simonsen, a 19-year veteran of the force, was struck in the chest and killed.

Another officer, Sergeant Matthew Gorman, was seriously injured with a bullet wound to his left leg.

“The jury has spoken,” District Attorney Melinda Katz said. “The defendant’s actions set in motion a terrible chain of events that began with an armed robbery in progress and resulted in the tragic loss of Detective Brian Simonsen as well as Sergeant Matthew Gorman being shot in the leg. Following an eight-week-long trial, a jury found the defendant guilty of murder. We express our condolences to Detective Simonsen’s family and hope today’s verdict brings them a measure of closure.”

Ransom, who was shot eight times but survived, previously pleaded guilty to a charge of aggravated manslaughter and first-degree robbery and was sentenced to 33 years in prison.

“Jagger Freeman set out to commit a violent robbery in February 2019,” Detectives Endowment Association President Paul DiGiacomo said. “If not for his and Christopher Ransom’s actions, Detective Brian Simonsen would be alive today. They planned together, went to the scene of the crime together, and now, together, will be behind bars where they belong. We said we wouldn’t rest until there was justice for Brian, our union delegate and hero. In the courtroom and forever, we stand with his family”