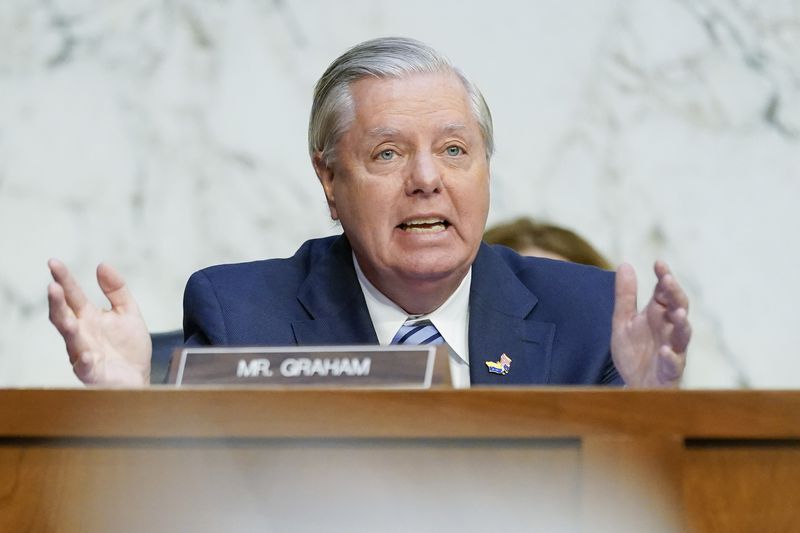 “I hope they all die in jail if they’re going to go back and kill Americans,” Graham said before grabbing a bottle of soda and stalking out. “That’s a better outcome than letting them go.”

Wagging his finger, Graham appeared to lose his temper as he derided the “frickin’” Afghanistan government and accused Jackson of being soft on the detainees.

He grilled the trailblazing jurist for filing a brief that raised questions about whether the government had the right to hold accused enemy combatants indefinitely without putting them on trial.

“Advocates to change the system like she was doing would destroy our ability to protect our country,” Graham snapped.

Jackson kept her cool and refused to give an inch to Graham, calmly correcting him about his interpretation of her positions and noting that her legal responsibility was to represent her clients.

Graham voted to confirm Jackson for her current post as an appeals court judge and was considered one of the few Republicans who might consider backing her historic appointment as the first Black woman justice.

But he spent most of his question time badgering Jackson about her work as a federal public defender for Guantanamo Bay detainees and even her churchgoing habits.

The pugnacious lawmaker even grilled her about progressives who supported her nomination over that of his preferred candidate, Judge J. Michelle Childs of his home state of South Carolina.

“The fact that so many of these radical groups that would destroy the law as we know it supported you is problematic to me,” he said.