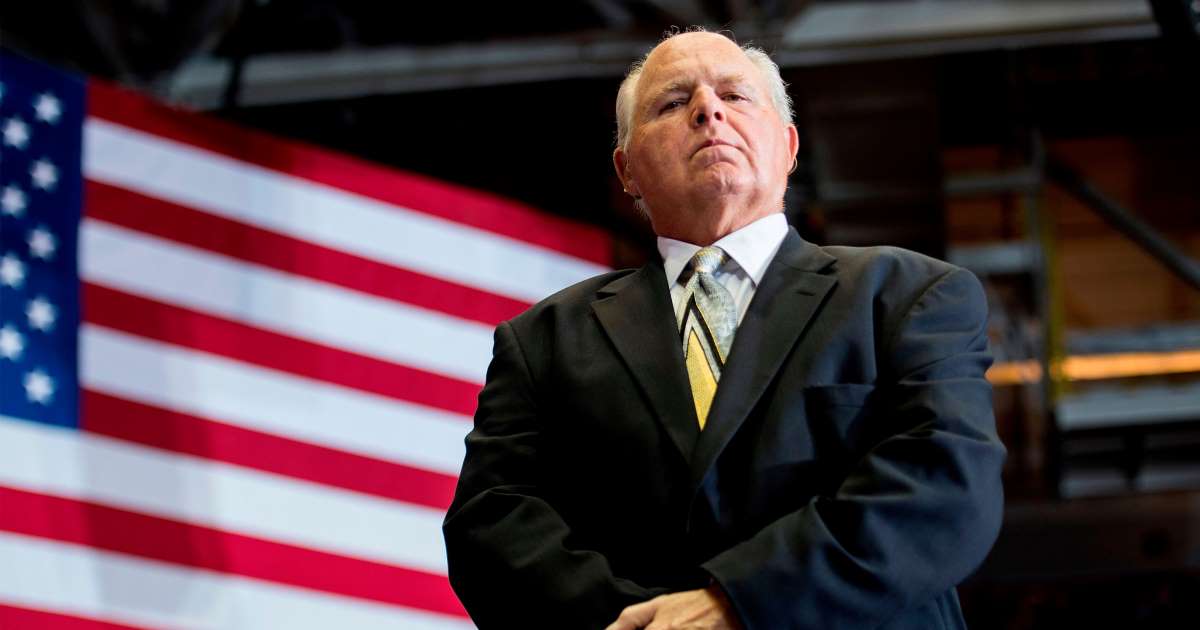 Rush Limbaugh is fighting for his life almost nine months after revealing he had been diagnosed with stage 4 lung cancer, but the conservative radio host said he’s losing the battle right now.

Limbaugh, 69, said Monday that his most recent progression shows that the cancer is heading “in the wrong direction,” but said his doctors have started to “tweak” his treatment plan in the hopes of reducing the malignancies again.

“If it happened once, it can happen again,” he said on his radio show. “So that’s the objective of the current treatment plan.”

Limbaugh first revealed his diagnosis in early February, shortly after renewing his contract with Premiere Radio Networks. On Monday, Limbaugh said he initially didn’t believe he would live past September.

He has continued to work, including an interview with President Trump, a longtime friend and ally, just two weeks ago.

“Some days are harder than others. I do get fatigued now. I do get very, very tired now. I’m not gonna mislead you about that. But I am extremely grateful to be able to come here to the studio and to maintain as much normalcy as possible — and it’s still true,” Limbaugh said Monday.

Despite everything, Limbaugh said his “future remains pretty good-looking.”

“This is why I say that I always try to keep everything in perspective on a day-to-day basis and to realize that you just don’t know,” he told listeners. “Nobody does.”