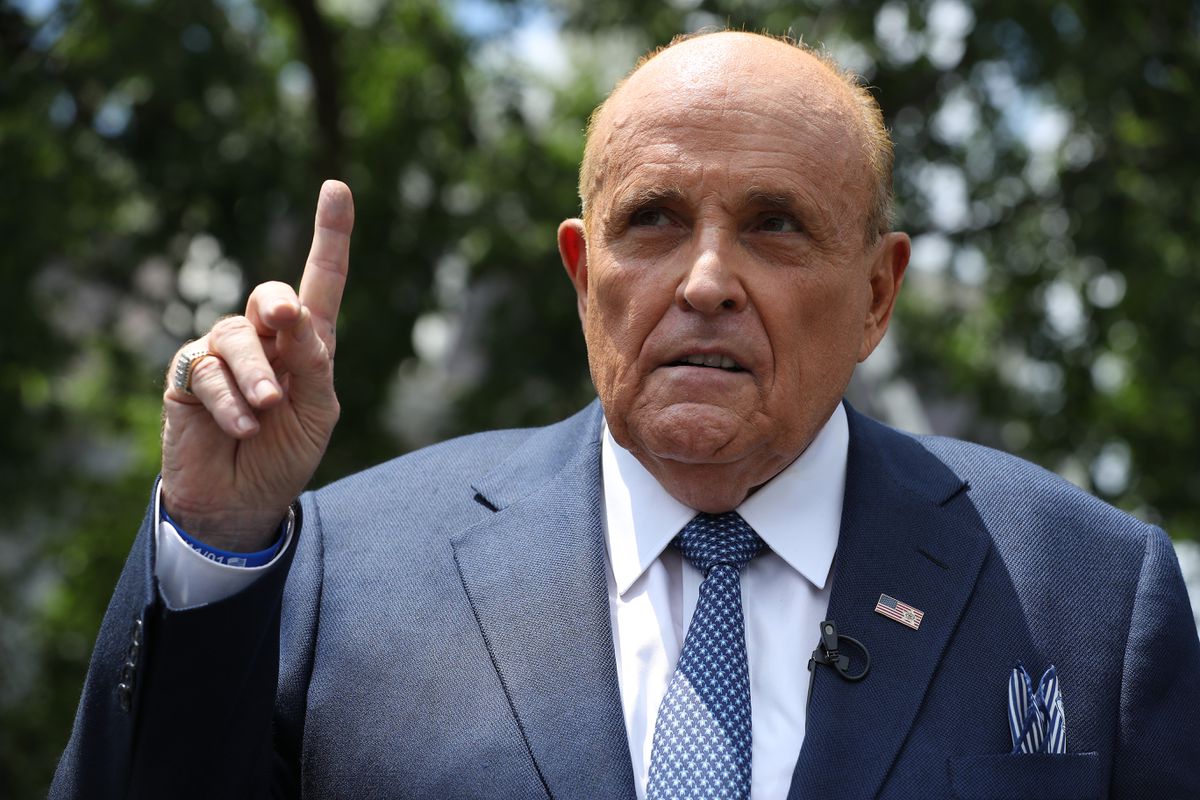 Rudy Giuliani mocked Asians by adopting a faux Chinese accent and performing a pretend bow in a video clip that was accidentally published on his YouTube channel.

The ex-mayor clasped his hands together and faked a bow while apparently discussing ordering Chinese food for dinner with aides in the cringe-worthy clip first reported by The Daily Beast.

“Ah so, Jayne Zirkle,” Giuliani joked in a reference to one of his aides in the video. “Get me Jayne Zirkle.”

Giuliani and his team were apparently unaware that the camera was rolling during the embarrassing interlude, which took place on Tuesday after an interview with former White House press secretary Sean Spicer.

NYC’s former mayor did not immediately respond to a request for comment and the video has since been marked “private” on his YouTube channel but because this is the Internet, it’s still avail for viewing

It’s not the first time the personal lawyer for President Trump has fumbled with technology.

Giuliani infamously complained in February that he only “has five friends left” when he forgot to hang up his cell phone after an interview with Daily News reporter Chris Sommerfeldt. He also butt-dialed an NBC News reporter last year and suggested that he was short on cash.