Retired NYPD cop slashed, spat on during fight with stranger on Manhattan subway 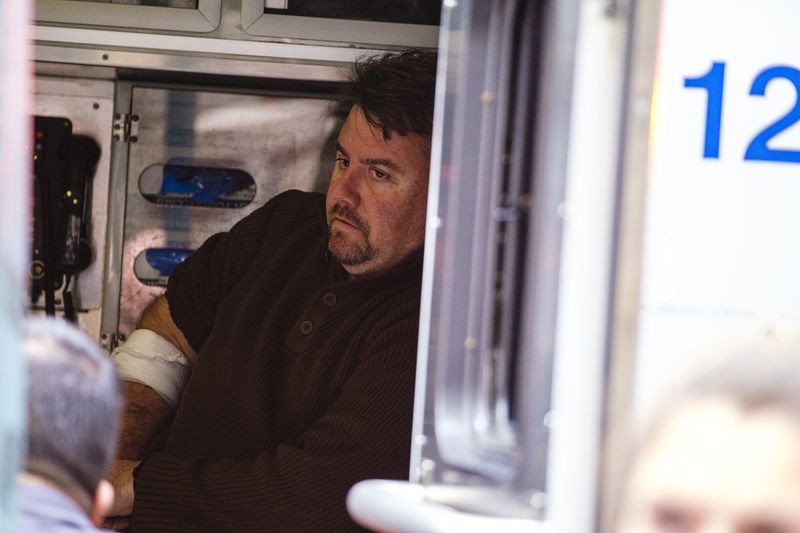 A retired NYPD cop was slashed in the arm during an argument on a downtown Manhattan subway Wednesday, police sources said.

The 47-year-old victim was sitting with his wife on an uptown 2 train when the attacker started arguing with him shortly before 4 p.m., cops said.

As the assailant left the train at the Wall St. station, he spat in the direction of the man, who sources describe as a retired cop, and his wife, cops said. The couple also stepped off the train and the attacker pulled out a knife and slashed the victim in the right arm, cops said.

The couple fled up the stairs to the subway station’s mezzanine, with the attacker following them, cops said. When the spitter saw the victim approach a transit booth clerk he ran to the street and headed south, cops said.

Cops released a surveillance image of the suspect in a subway turnstile and asked the public’s help identifying him and tracking him down.

The retired cop went to New York-Presbyterian Lower Manhattan Hospital, where he needed several stitches to close the wound on his arm, cops said.

Cops are asking anyone with information about the attacker to call Crime Stoppers at (800) 577-TIPS.