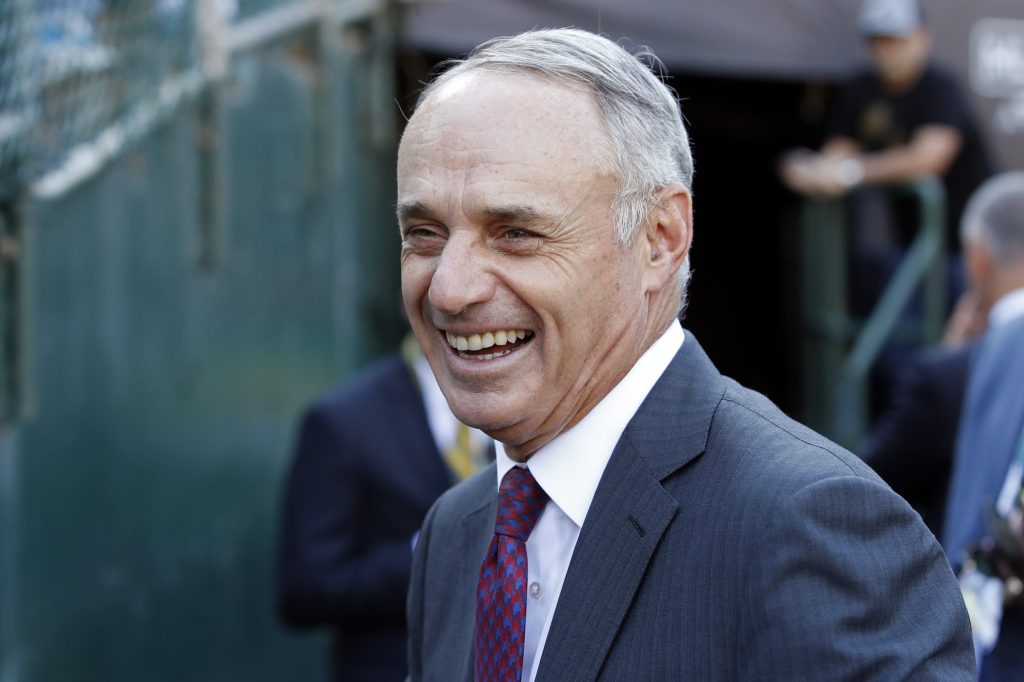 Ken Rosenthal of The Athletic reported that the league’s presentation to the MLBPA contained neither a revenue-sharing proposal or a detailed health and safety plan — two of the largest roadblocks that would allow the players to greenlight baseball’s return to action.

Instead, the league will present the union with an 80-page document outlining “potential health and safety protocols for the COVID-19 pandemic,” per Rosenthal.

On Monday, MLB’s proposal of a 2020 Opening Day around July 4 received quick acceptance from league owners, who were in favor of a 78-to-82-game season that included geographical-only schedules, universal DH’s, and an expanded postseason.

It was a given that momentum would slow when the proposal hit the player’s union’s desk because of a revenue-sharing plan that is basically a salary cap.

With the league standing to lose approximately 40% of its revenue by not having fans attend games during the coronavirus pandemic, the league and owners were in favor of a near-even split of television revenue and sponsorship dollars with the players, who would be the ones risking their health and safety by traveling and taking the field.

In the league’s proposal, teams would play in their home ballparks with those in heavily-affected areas possibly being relocated to spring-training facilities or other MLB parks.

That’s why the absence of a detailed health and safety plan is such a glaring omission from MLB’s proposal to the players.

A plan for gameplay is one thing and will certainly lift the spirits of sports fans everywhere, but blindly presenting it to the participants of such an undertaking without ensuring their well-being means that there will be little progress made in the immediate future.

No meetings were scheduled for Wednesday.