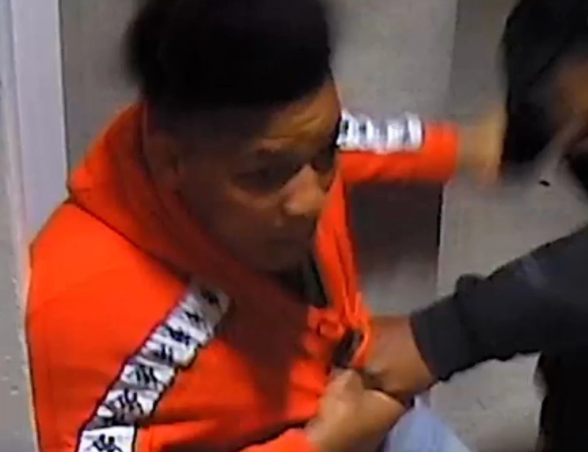 It took a day, but a Bronx gunman got his revenge on a teenager who tossed him around like a rag doll during a road rage clash, police said Tuesday.

“Remember me?” the triggerman said before pumping two bullets into the 17-year-old on Oak Point Ave. near Hunts Point Ave. at 4 a.m. in Hunts Point on Monday, cops said.

The suspect spotted his victim in a gathering of car aficionados and seized the opportunity to get back at the teen for roughing him up the day before, police said. He opened fire on the youth, hitting him in his left leg and left hand, authorities said. The victim was rushed to Jacobi Medical Center where he was treated and released.

The pair brawled on E. 196th St. near Bainbridge Ave. in Fordham on Sunday, cops said. The 17-year-old was in a car and his assailant was on a dirt bike before they started fighting, cops said.

Police released video of the fisticuffs, with the orange sweatshirt wearing-gunman being manhandled by the youth he would later shoot, authorities said.