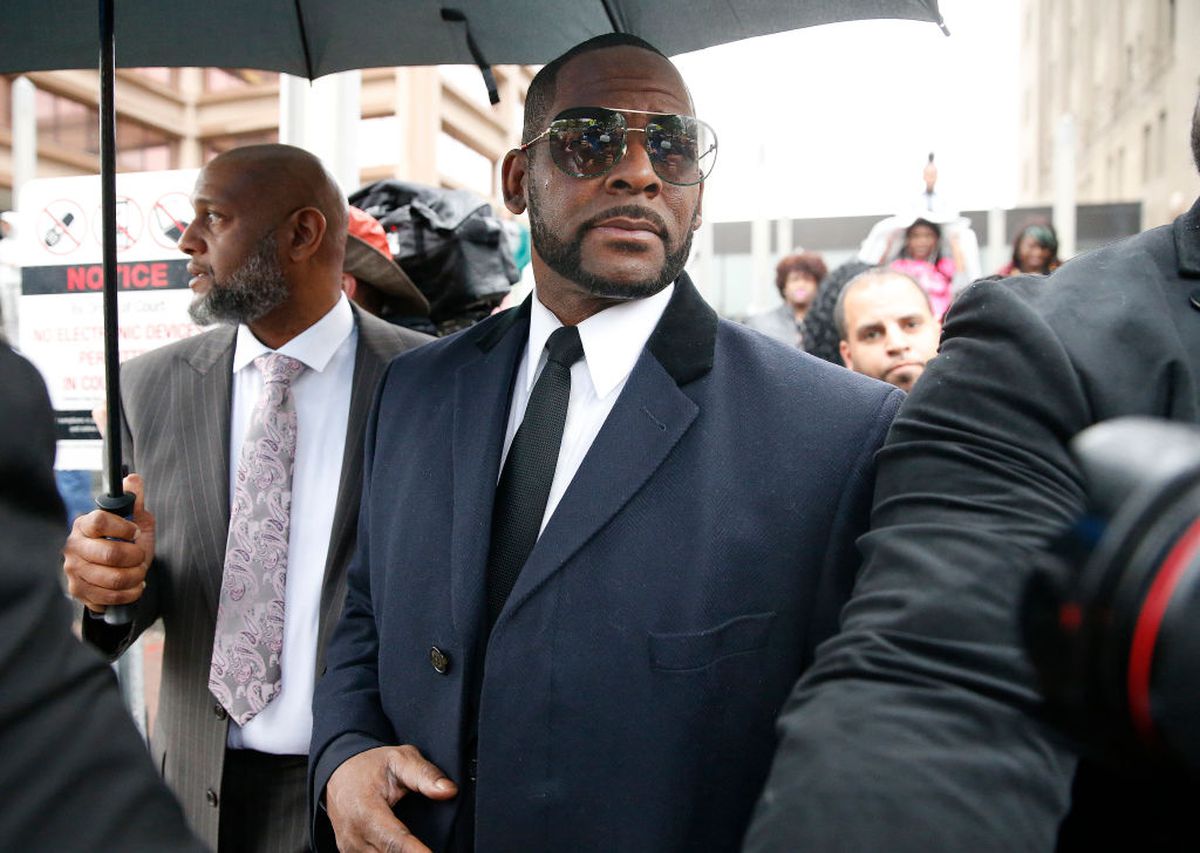 A Utah radio intern who says she was drugged and sexually assaulted by R&B superstar R. Kelly at his Chicago studio in 2003 was left with a chilling message from one of the singer’s employees after the traumatizing experience.

“Don’t f–k with Mr. Kelly,” the woman recalled a Kelly staffer telling her.

The man made the woman, who was 21 years old at the time, sign a non-disclosure agreement at Kelly’s studio, dubbed the Chocolate Factory, she said.

The woman, identified only as Sonia in Brooklyn Federal Court, believes someone slipped her the drug in Chinese food and a soft drink.

She said she became “extremely full and tired” after just a few bites and sips.

She did not recall falling asleep, but when she awoke, she had moved from a chair to the sofa and saw Kelly “doing up his pants” in the corner of the room, she testified.

“I was extremely confused. I didn’t know where I was at,” she said. “My underwear were at the end of the couch.” She added that there was “wet stuff between my legs and on my thighs.”

“It made me feel like something happened to me. I know my body. I believe I was touched sexually,” she said.

The woman testified that Kelly promised her a radio interview and bought her tickets to fly from Salt Lake City, Utah to Chicago.

She met him first at a mall in Utah and asked for an interview, which was rejected. But a member of his entourage passed her Kelly’s phone number. He later agreed to an interview if she travelled to see him in the Windy City.

Her dream of landing an interview with a major celebrity quickly turned into a nightmare, she said. Sonia was locked in a room in the singer’s downtown Chicago studio for days — though she never knew what time it was since the room was windowless, according to her testimony.

“It was locked from the outside. I was scared. I was ashamed. I was embarrassed, I can’t even tell you. I was so embarrassed,” Sonia testified about the moment she realized she was trapped.

She was not given food or water for at least two days, she testified, and needed to get Kelly’s permission to use the bathroom. He allegedly used the same domineering tactic he allegedly on numerous accusers.

Days into her stay at the Chocolate Factory, she said, Kelly assaulted her. She didn’t see Kelly again.

That’s when one of Kelly’s employees told Sonia that the singer would not be returning and that she could leave.

Kelly’s lawyer, Deveraux Cannick, asked Sonia why she never called the police if she was locked in the room and had a cell phone.

Sonia is the final of the five charged victims of Kelly to testify.

The “I Believe I Can Fly” singer is accused of heading an elaborate scheme that targeted underage girls and young women for illegal sex.

He kept many of the girls and women in rooms for days, and they had to request permission to eat or use the bathroom. He also required them to call him “Daddy” and did not allow them to look at other men, accusers say.