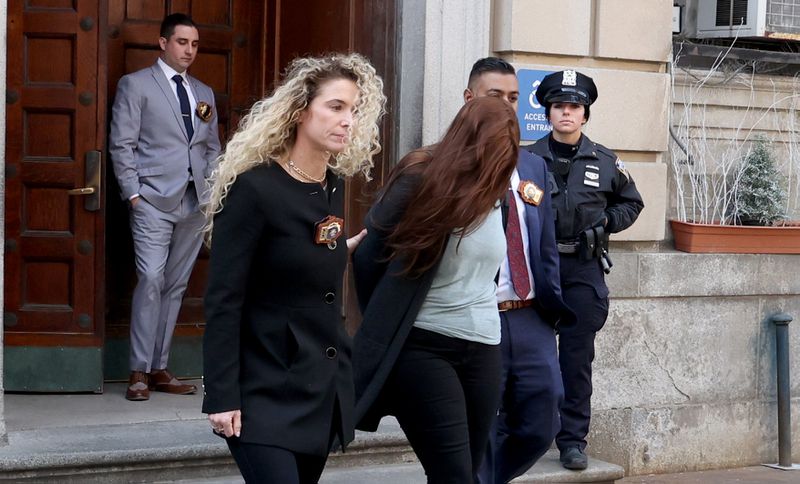 The Queens woman accused of fatally shoving a famed singing coach on a Manhattan sidewalk is “hanging tough” on Rikers Island, her lawyer said Wednesday.

Lauren Pazienza has been cooling her heels at the city jail since her Tuesday manslaughter arrest for the unprovoked attack on 87-year-old Barbara Maier Gustern.

“Nobody wants to be where she is,” he added.

The 26-year-old appears to have targeted the octogenarian for the assault on W. 28th St. near Eighth Ave. on March 10, authorities said.

Pazienza, “crossed the street, approached (Gustern) directly, called her ‘a b–ch’ (and) shoved her as hard as she’s ever been hit,” Assistant District Attorney Justin McNabney said at her Tuesday arraignment.

The account came directly from Gustern to a friend after the attack, which left the elderly victim “bleeding profusely from the head” before losing consciousness from her fatal injuries, he added.

The beloved singing coach — whose students included Debbie Harry of Blondie and the Broadway cast of “Oklahoma” — died at Bellevue Hospital of blunt force trauma to the head on March 15, according to the city medical examiner’s office.

Surveillance video shows Pazienza at the scene for more than 20 minutes after the assault, fighting with her fiancé and watching EMS tend to the mortally wounded Gustern, authorities said.

Aidala said Pazienza’s family was “working hard” at bailing her out with $500,000 cash over a $1 million bond and did not know if they could come up with the cash this week.

“We’re going to try to get her out as soon as possible,” Aidala said.

She hid out at her parents’ Port Jefferson, L.I. home after first fleeing the scene to her high-end Astoria condo. Prosecutors said that Pazienza also deleted her social media accounts and her wedding website and stashed her phone in a relative’s place.

Her father refused to let police inside and asserted “that his daughter was not at home” despite a tip that led cops to the house, said authorities.