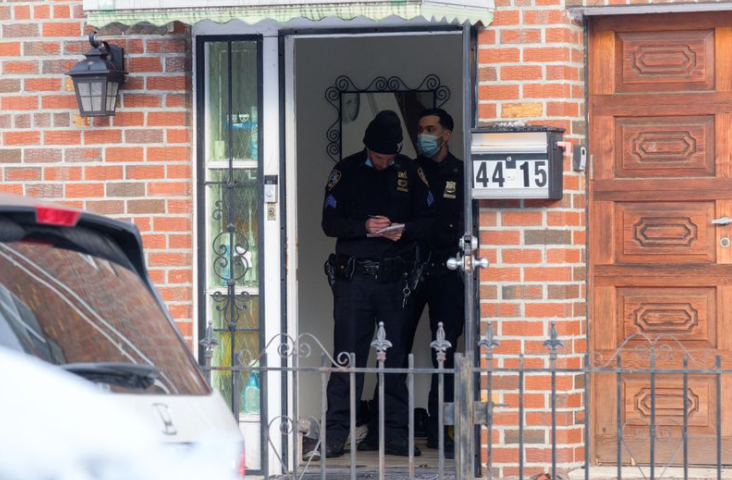 An argument between a mother and son in Queens spiraled out of control when the man’s brother stepped in to intervene Friday, leaving one brother dead and the other in handcuffs, police and sources said.

A woman and her 24-year-old son got into the fatal disagreement inside their apartment on 74th St. near 45th Ave. in Elmhurst about 2:20 p.m.

The argument turned violent when the woman’s other son, Sean Sarker, 21, stepped between the two and attempted to resolve the conflict, prompting his older brother to pull out a knife and stab him in the neck and shoulder, cops and sources said.

Neighbor Asta Bharati watched as medics carried the mortally wounded brother from the apartment on the quiet residential block.

“They carried him out unconscious,” said Bharati, 22. “He was bleeding a lot. They were giving him CPR, but he wasn’t moving or anything when they put him in the ambulance.”

Sarker was rushed to Elmhurst Hospital, but he could not be saved.

A short time later, police took the alleged stabber into custody. His name was not immediately released as charges were pending Friday evening.