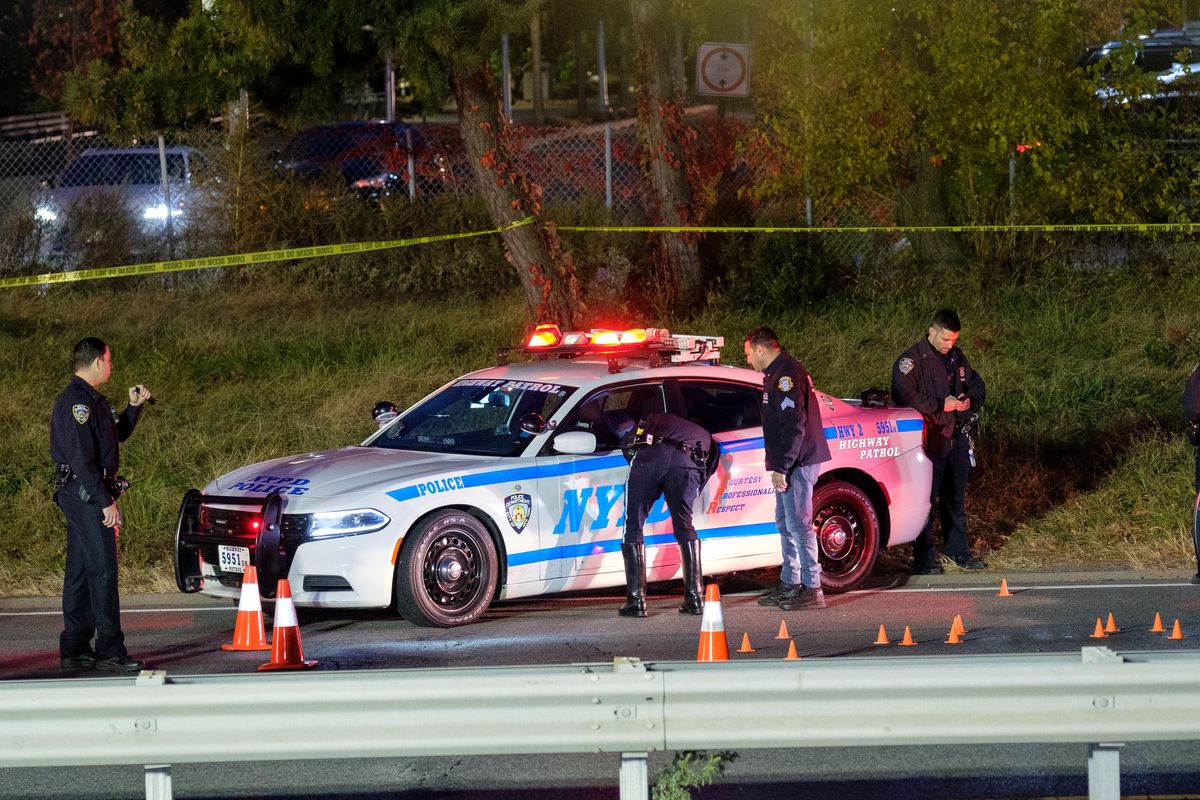 Officers shot and killed a man armed with a gun Thursday after he crashed into an NYPD vehicle during a wild confrontation on the Belt Parkway in Brooklyn, police sources said.

The 65-year-old gunman led police on a chase, rear-ended a police car, and pulled out a weapon in the encounter that ended his life in front of several passing motorists’ camera phones.

The rush hour drama unfolded just after 4 p.m., when an officer with Highway Unit 2 stopped the man’s gray Jeep Cherokee for speeding near the Bay 8th St. exit.

She approached his vehicle, and he sped off, so she followed. During the chase, she positioned her unmarked car in front of his Jeep near the Verrazano Bridge, said NYPD Chief of Department Rodney Harrison.

The suspect rear-ended her car and kept going, so she radioed for help, Harrison said. Another NYPD vehicle joined the pursuit, and they stopped his car near the Bay Parkway Ave. exit.

That’s when the man got out of his Jeep, pulled a gun from his backseat and advanced on the cops, Harrison said.

The cops yelled several times for the man to drop his weapon, the witnesses’ video shows. But the man kept coming, so the officers opened fire, Harrison said.

One witness ducked behind his car as he streamed a live feed of the shooting on Instagram.

The officers took turns frantically performing CPR on the man, who lay crumpled on the ground. Medics took him to NYU Langone Hospital, but he couldn’t be saved.

Investigators are looking into the possibility that the man wanted to commit “suicide by cop,” sources said.

The man had seven prior arrests, mostly for vehicular crimes, Harrison said.

“It was a dangerous situation. This is what we do in the New York City police department; we protect the people. But those that choose to carry guns, we hold them accountable,” Harrison said.

“Unfortunately it happened to be a negative ending,” Harrison added. “But we did what we had to do to stop this perp.”