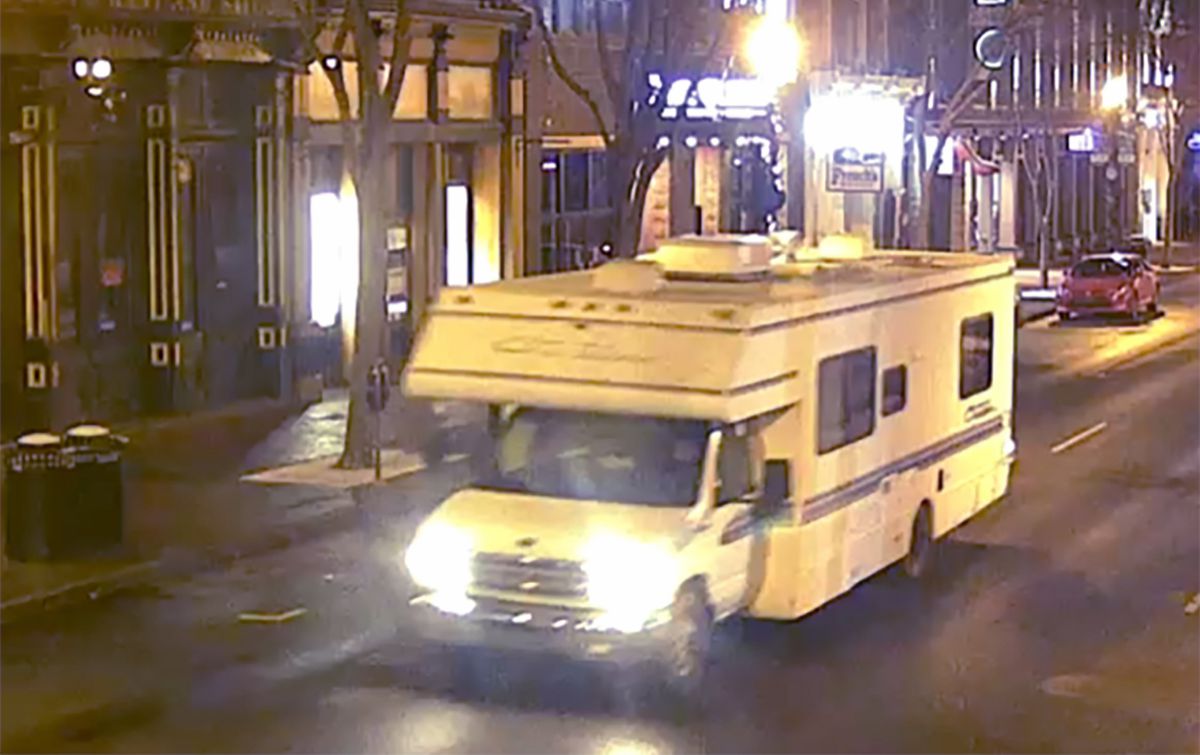 Shortly before a bomb inside an RV blew up in Nashville early Christmas Day, the Petula Clark song “Downtown” could be heard blaring from the vehicle, according to an officer at the scene.

A recorded message warning people to evacuate also came from the RV before the blast, which occurred at 6:29 a.m. that day in downtown Nashville.

“What I remembered was ‘downtown, where the lights shine bright,’ ” Tyler Luellen of the Metro Nashville Police Department recalled Sunday, according to Nashville news station WKRN, as he referenced the 1964 song by Clark.

The blast left at least three people with non-life-threatening injuries. The explosion damaged more than 40 buildings in the area, according to WKRN.

On Sunday, police chief John Drake identified 63-year-old Anthony Quinn Warner as a person of interest, the Tennessean reports. Warner reportedly had multiple jobs in the information technology field in his career.

Warner’s home in Antioch was searched by federal officials on Saturday, according to the newspaper. An RV can be seen parked at the property in a Google Street View picture from 2019.

Phone service and 911 systems experienced issues in the aftermath of the blast, which took place near an AT&T building.

The FBI is investigating whether Warner was paranoid about 5G technology being employed as a way of spying on people, Nashville news station WSMV reported.

Officials have not said whether anyone was inside the vehicle at the time of the explosion. The police chief said Friday that human remains may have been discovered at the scene.

“We have found tissue that we believe could be remains,” Drake said during a press conference, noting that it’s unclear whether the remains came from someone inside the vehicle.