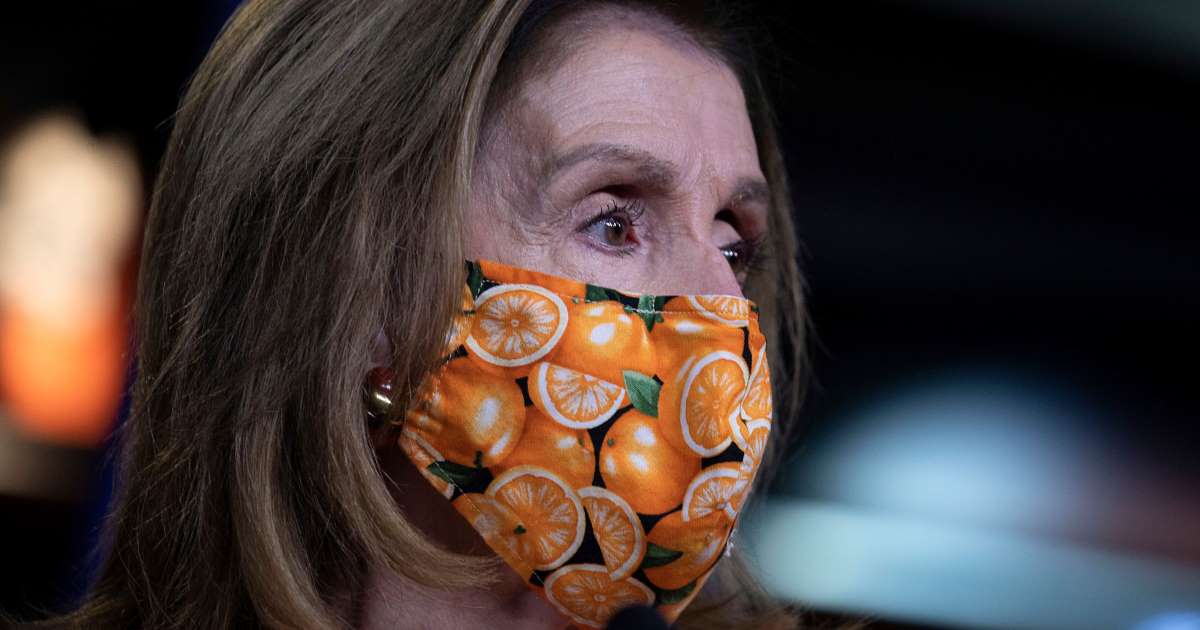 House Speaker Nancy Pelosi rolled out legislation on Friday that would give a congressional commission the power to decide whether a president is mentally unfit for office — but she insisted the extraordinary measure isn’t a pre-election potshot at Donald Trump.

In a press conference on Capitol Hill, Pelosi (D-Calif.) sought to ease the firestorm of controversy she stoked Thursday by teasing the bill announcement as a first step in subjecting Trump to the removal process granted under the fourth section of the 25th Amendment.

She stressed that the bill does not seek to remove Trump on 25th Amendment grounds before next month’s election.

“This is not about President Donald Trump — he will face the judgment of the voters,” she said, standing alongside Rep. Jamie Raskin (D-Md.) who helped craft the bill.

“This legislation applies to future presidents but we are reminded of the necessity of action by the health of the current president,” she said.

Trump, who’s recovering from COVID-19 in quarantine at the White House, claimed Pelosi’s exploring the 25th Amendment angle to replace Joe Biden with Kamala Harris in the event that the Democrat wins the November election.

“Crazy Nancy Pelosi is looking at the 25th Amendment in order to replace Joe Biden with Kamala Harris. The Dems want that to happen fast because Sleepy Joe is out of it!!!” Trump tweeted, apparently presuming that his opponent will defeat him on Nov. 3.

The fourth section of the 25th Amendment allows for the temporary or permanent removal of a president on the grounds of mental or physical incapacity.

The Pelosi-Raskin bill would create that “body” in the form of a commission made up of eight medical experts and eight former Cabinet officials who would be appointed evenly by Republican and Democratic leaders from both chambers of Congress.

The commission would get to work on examining the president’s mental and physical capacity to hold office if both the House and the Senate approve resolutions to that effect, according to the bill.

After such an examination, the commission would compile a report that could be used as support for invoking the fourth section of the 25th Amendment.

Raskin, who has introduced similar bills in the past, said the establishment of a 25th Amendment commission has been a long time coming.

“In times of chaos we must hold fast to our Constitution,” he said. “And this is why we need to set up an institution, composed on a bipartisan fashion, in a bicameral fashion, that we’ll be able to make judgments, whether it is five months from now, five years from now, 50 years from now, whatever it might be.”

The bill has virtually no chance of becoming law before the election, but bringing the 25th Amendment into the political vernacular puts a bright spotlight on Trump’s COVID-19 diagnosis and mercurial behavior in the past few weeks.

Since getting infected, Trump has made a number of head-spinning contradictions, including announcing Tuesday afternoon that he would not engage in any more coronavirus stimulus talks with Democrats, only to spend that same night calling for more stimulus talks in a storm of unhinged tweets.

Pelosi has suggested Trump may be acting irrationally because of the range of experimental drugs he’s been put on to fight the virus that’s killed more than 212,000 Americans.

In the Friday press conference, Pelosi said she does not know whether Trump is suffering from any type of cognitive impairment, but argued that’s exactly why the establishment of a 25th Amendment commission is justified.

“This isn’t about any judgment anybody has about somebody’s behavior. This is about a diagnosis, a professional medical diagnosis,” Pelosi said. “This is not with bad intent.”