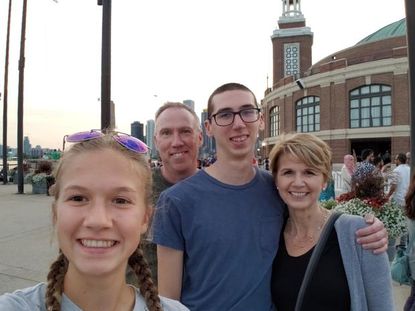 The parents of a young trader in Illinois are suing the brokerage app Robinhood after their 20-year-old son took his own life in June while mistakenly believing he lost $730,000 on a risky bet.

“This case centers on Robinhood’s aggressive tactics and strategy to lure inexperienced and unsophisticated investors, including Alex, to take big risks with the lure of tantalizing profits,” the 29-page complaint states.

According to the lawsuit, Robinhood notified Alex shortly after 11 p.m. on June 11 that his account was restricted and he apparently lost $730,000 on a complex options trade that he thought had been limited to a maximum loss of less than $10,000.

The company sent “nothing more than an auto-generated” response, essentially “ignoring” his inquiry before sending him a separate message at 3:26 a.m. demanding “immediate action” in the form of a deposit of $178,612, the paperwork alleges.

“He had no money to satisfy this margin call, and he had no one to contact who could explain what was going on,” the lawsuit states.

“Tragically, Robinhood’s communications were completely misleading, because, in reality, Alex did not owe any money,” the complaint reads. “He held options in his account that more than covered his obligation, and the massive negative balance would have been erased by the exercise and settlement of the puts he held.”

But Robinhood “never bothered to explain this to Alex or to respond to his increasingly desperate pleas for help,” the paperwork states.

Believing he was obligated to repay the six-figure deficit, Alex entered a “complete panic,” the lawsuit alleges.

“This resulted in a highly distressed mental condition in Alex, an uncontrollable impulse to commit suicide,” it states.

The college student got on his bicycle and left his family’s home in Naperville, dying by suicide later that day, the filing says.

“If you’re reading this, I am dead,” he wrote in a suicide letter excerpted in the complaint.

“How was a 20 year old with no income able to get assigned almost a million dollars’ worth of leverage?” he asked.

“There was no intention to be assigned this much and take this much risk, and I only thought that I was risking the money that I actually owned. If you check the app, the margin investing option isn’t even ‘turned on’ for me,” he wrote.

“A painful lesson. F–k Robinhood. I was starting to look forward to my future, too, before I hit this pretty large speedbump. I cannot imagine the amount of pain this has caused you,” he wrote. “You could fill an ocean with the amount of tears I’ve shed typing this.”

“We don’t want another family to go through this,” his mom told the network.

“I lost the love of my life. I miss him more than anything,” Dorothy Kearns said. “I can’t tell you how incredibly painful it is. It’s the kind of pain that I don’t think should be humanly possible for a parent to overcome.”

In a statement, Robinhood said it was “devastated” by Alex’s death.

The Silicon Valley company at the center of the recent GameStop trading frenzy said it remains “committed to making Robinhood a place to learn and invest responsibly.”

“Our mission is to democratize finance for all,” the company said.

In early September, Robinhood added the ability for customers engaged in a certain part of the options trade process to request a call back from a live agent, CBS reported.

Alex was a student at the University of Nebraska at Lincoln and had joined the school’s R.O.T.C. program, according to the complaint.

His dream was to join the U.S. Air Force, and in his spare time he loved playing the video game Mario Kart, baking, performing in a live band and watching “Saturday Night Live,” the paperwork states.

The National Suicide Prevent Lifeline is 1-800-273-8255 and available to anyone experiencing a suicidal crisis or emotional distress.