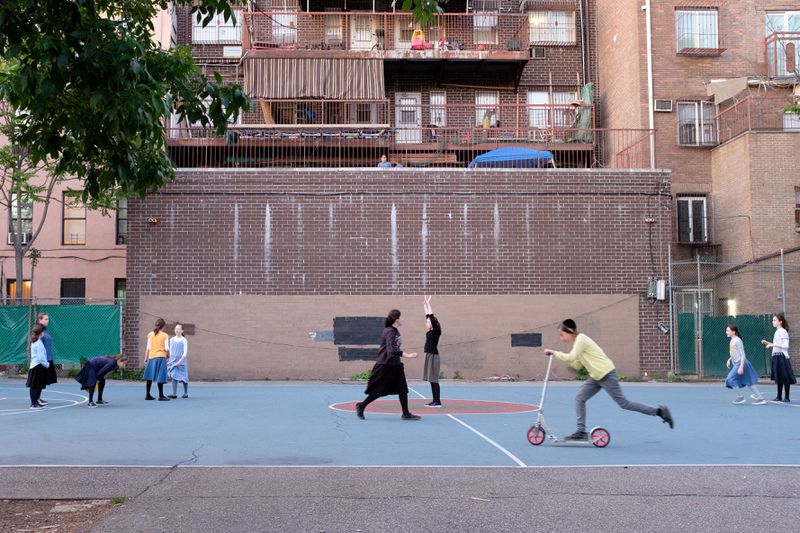 Members of the Orthodox Jewish community used bolt cutters to “liberate” a Brooklyn playground the city welded shut because of COVID-19 concerns Monday.

The city welded a gate shut at the Middleton Playground in Williamsburg after the locks to the park were cut at least 25 times, Parks Department officials said. Hours later, workers removed the welding and replaced it with a chain, which Orthodox Jewish leaders cut Monday night.

A video posted on Twitter by @HQSatmar just before 6 p.m. showed three Orthodox men, one wearing a mask, cut the chain locking the playground while a group of children with uncovered faces watched and cheered.

“Playgrounds across the City are closed for the safety of our children, and we will engage with this community to find a solution,” a city Parks Department spokeswoman said Monday night.

Gov. Cuomo ordered playgrounds closed April 1. On Thursday, Cuomo said it would be up to local municipalities to decide when to reopen them.

“Each locality will determine when public pools and playgrounds will open in their region. They must use health data & metrics as a guide to inform each decision,” Cuomo Tweeted.

Dozens of children frolicked in the playground at 8 p.m. Monday, while adults and children roamed the streets nearby, most of them not wearing masks.

Moshi Blum, 32, said the neighborhood’s residents were enraged that their children couldn’t use the playground while thousands of George Floyd protesters could packed together on city streets.

“Most of us have large families,” he said. “We see thousands gather, why should this be a problem?”

“I don’t see any crime,” he said. “I see social distancing.”

The playground was one of 10 locked up at the end of March because people consistently ignored official warnings to socially distance to stop the spread of coronavirus.