One man killed, another wounded in Queens shooting 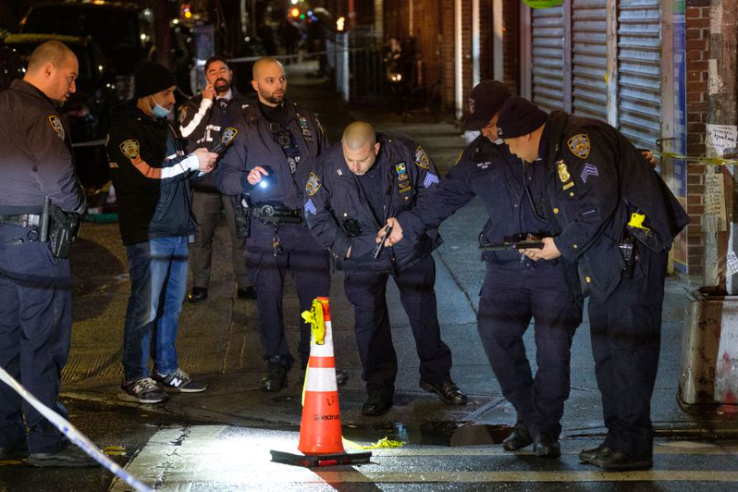 One man was fatally shot and another was wounded on a Queens street Monday night, police said.

Gilbert Gayosso, 25, of Queens, was shot in the head, and was pronounced dead at the scene, police said. A 21 year-old man was hit in the back, and rushed to Elmhurst Hospital Center, where he was in stable condition, police said.

Police believe the shooting was gang-related, though an NYPD spokesman didn’t have additional details Monday night.

Neighborhood resident Cesar Lant said he came across the crime scene as he and a friend walked home from work, lamenting violence from young people with nowhere to go, doing drugs and toting guns.

“Those of us that live here, we’re not too sure anymore. We’ve lived here for so many years, this is a nice neighborhood. But now, we call and call the police, and they already know what’s going on,” Lant said. So many drug dealers, so much drugs, and now so many guns and gunshots at night.”

“We feel like we’re not sure anymore, you can’t feel safe walking home at night after 9 or 10 p.m.,” he added.

Cops have not yet named either victim, and police have made no arrests.