One dead, one hospitalized after their car slams into back of dump truck in Brooklyn 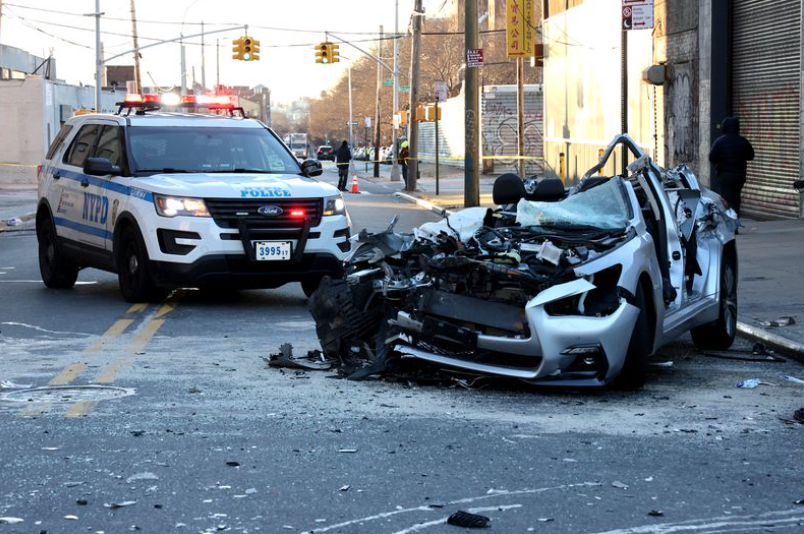 One man died and another was hospitalized after their car slammed into the back of a dump truck at a Brooklyn intersection early Monday, police said.

The silver sedan driver was nearing Division Place and Morgan Ave. in East Williamsburg when he rear-ended the truck about 1 a.m., cops said. The impact left the car a twisted wreck.

Medics rushed a man pulled from the crushed car to Bellevue Hospital but couldn’t be saved. Cops were trying to determine his identity.

A 21-year old man also pulled from the car was taken to Elmhurst Hospital and is expected to recover, cops said. Cops said it was not immediately clear which man was driving.

The driver of the dump truck was not hurt, police said.