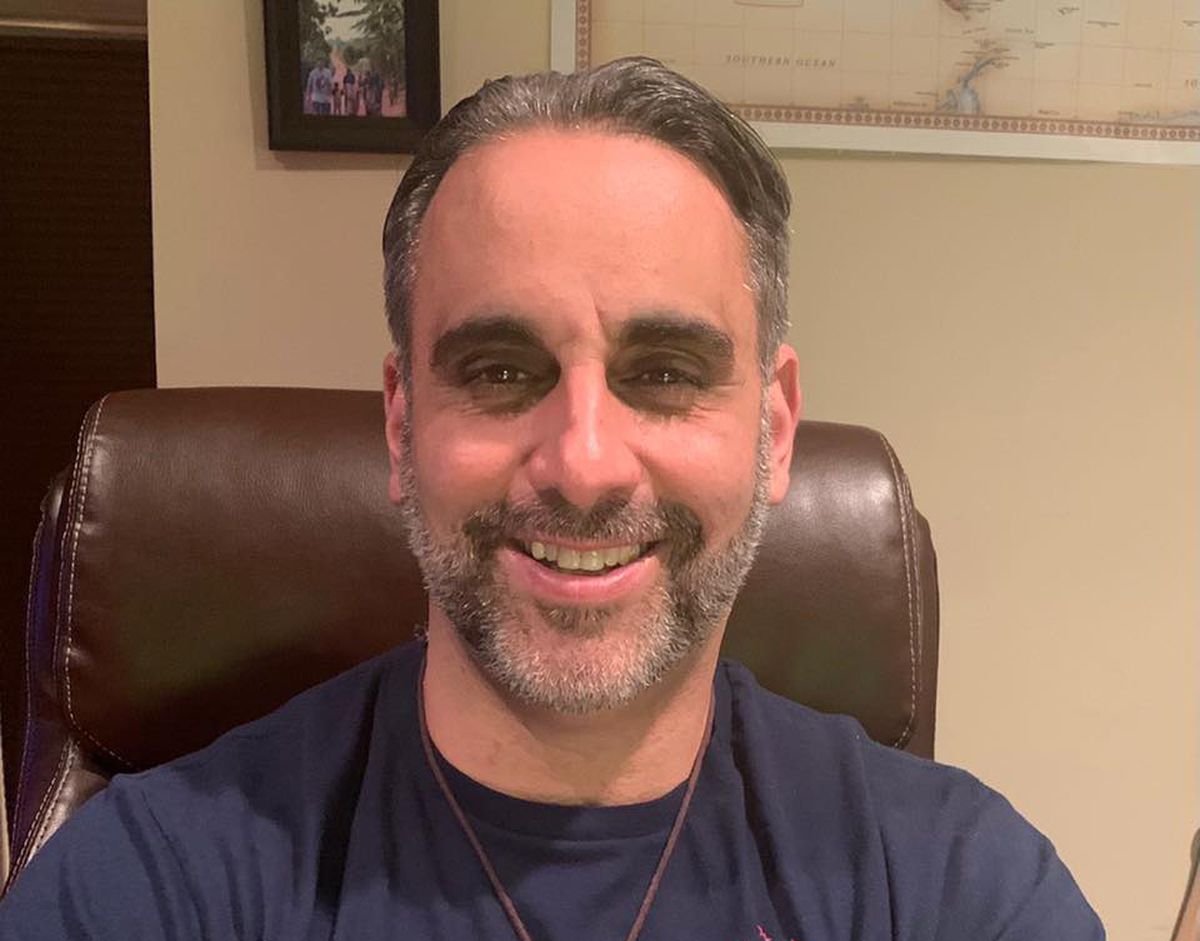 He’s a crime-buster. And a “Ghostbuster.”

The cop, assigned to the 32nd Precinct, moves easily between policing and the paranormal — and once combined the two. Last winter, the 18-year veteran performed a ritual to cleanse the Harlem stationhouse of a wayward spirit after a fellow officer, sleeping on the third floor following a late-night arrest, sensed a strange spectral presence, the Daily News has learned.

Other calls led DeFlorio to a recent “minor exorcism” in Stamford, Conn., and he plans a trip to Maine this month on another reported case of spiritual unrest. A Disney World vacation turned into a business trip when he did some work inside a haunted Florida hotel, said a DeFlorio friend who spoke on condition of anonymity.

There was also a second recent call from Connecticut regarding a suspected witch evicted from her building after leaving dead animals on the porch and purportedly putting hexes on her neighbors.

“He goes in there, basically does the investigation the same way he does a police investigation,” said the friend. “He asks the same type of questions.”

A Bible-toting DeFlorio arrived at the Harlem precinct to perform a brief ritual after the disquieting incident in late 2020, emerging to say the suspected presence was now in the wind, according to an NYPD source.

The cop who reported the eerie encounter received some ribbing about it from colleagues, the police source added.

“Like, ‘Who you gonna call, Ghostbusters?’” the source said. “But some of the (other) cops were like, ‘You know, I felt the same thing sometimes.’”

DeFlorio, 50, joined the department in July 2003, with a source describing him as smart and well-liked by his fellow officers.

But NYPD brass are less than thrilled by his outside pursuits, with precinct supervisors getting an earful about DeFlorio after The News inquired about an interview with the officer, the police source said.

“The department knows this is going to make them look foolish, even though it doesn’t look like he broke any rules,” the source said.

The NYPD declined comment on the record about DeFlorio, and the officer did not respond to requests for details.

On a Facebook page promoting his efforts, DeFlorio spoke in a video about his mystical calling and his determination to provide assistance beyond his work with a badge and a gun.

“We do something like this to bring them peace,” explained DeFlorio, who partners with his wife Harmony. “Get rid of the bully, get rid of this demon that wants to pick on a little child, that wants to destroy somebody’s life. Ultimately we want to lead them back to God.

DeFlorio’s efforts are all done free of charge, according to the friend. His experience in the field dates to around 2012, when DeFlorio traveled on a mission to Africa.

“That’s when he had his first experience, where he saw someone who was possessed,” said the pal.

He’s not the first cop with an interest in the unusual. Detective Marcos Quinones, who died earlier this year of 9/11-related cancer, served as the NYPD’s expert in the occult and religious cults and also performed exorcisms.

DeFlorio’s friend said the cop, as he does on the job, was just trying to help citizens with a problem through his off-duty gig.

“So if there’s something in the house, (his job is) figuring out how to get rid of it,” the friend said. “His whole goal is to help people.”