NYPD officer out of hospital after being shot in the Bronx 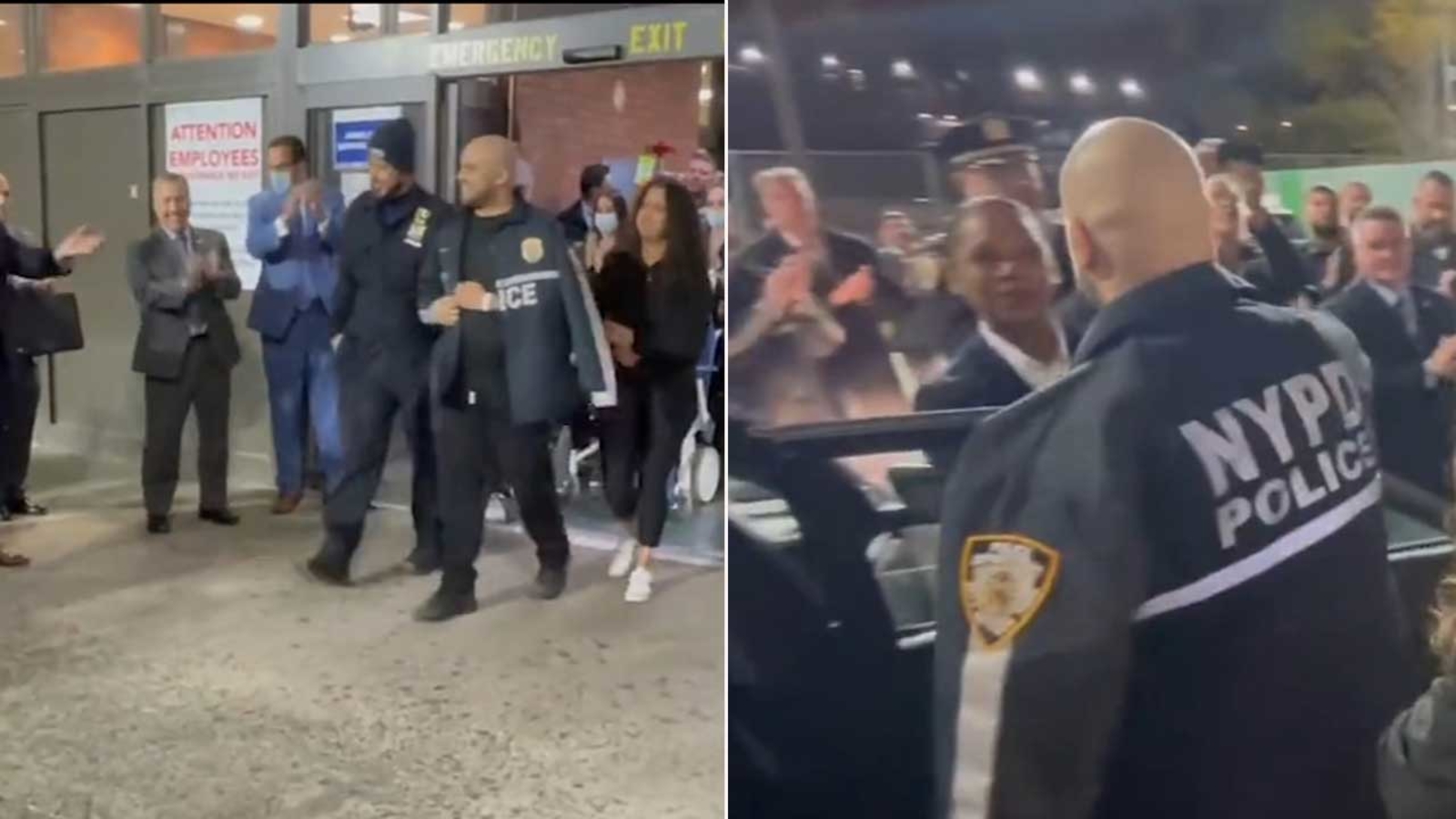 A New York City police officer was shot in the arm in a gun fight with a suspect in the Bronx, in the latest shooting involving an armed man with a prior gun arrest.

“Who the hell will protect the innocent New Yorkers in this city? That’s the question we have to ask ourselves,” the mayor said during an emotional middle-of-the-night news conference at the hospital.

“We took 2,600 guns off our streets,” Adams continued. “And the shooters of those guns are back on our streets just like this person here. Under normal circumstances, you would see a decrease in crime in this city. But the same criminals are continuing to come out on our streets, committing violence over and over again. The city deserves better.”

Officer Vargas and his partner, both in uniform, spotted Smith while on patrol near Third Avenue and Claremont Parkway at around 10:45 p.m. Tuesday.

They got out of the car and approached him and a foot chase ensued. When they got to Bathgate Avenue, Smith turned and fired two shots, striking Vargas in the arm.

The officers returned fire, and Smith was struck in the head. He was taken in critical condition to St. Barnabas Hospital and died a short time later.

A .9-mm Glock handgun, stolen last year in Richmond, Va., was recovered at the scene.

Fellow police officers drove Officer Vargas in a police cruiser to Lincoln Hospital, and Mayor Adams and Police Commissioner Keechant Sewell rushed to be by Vargas’ side at Lincoln Hospital.

He is an eight-year veteran, most recently assigned to the NYPD’s Bronx Borough Public Safety Team. His father-in-law is also a police officer.

The officer was treated at the hospital and released to a gathering of cheering officers shortly before 4:30 a.m. Wednesday.

“I have to commend our courageous officers,” said NYPD Commissioner Keechant Sewell. “This is what we ask them to do, and they’re on the streets every day and night risking their lives on behalf of New Yorkers>”

Details about the suspect, who was was awaiting sentencing next month after being caught with a .32 caliber handgun at a subway station in Brooklyn, continued to emerge Wednesday morning.