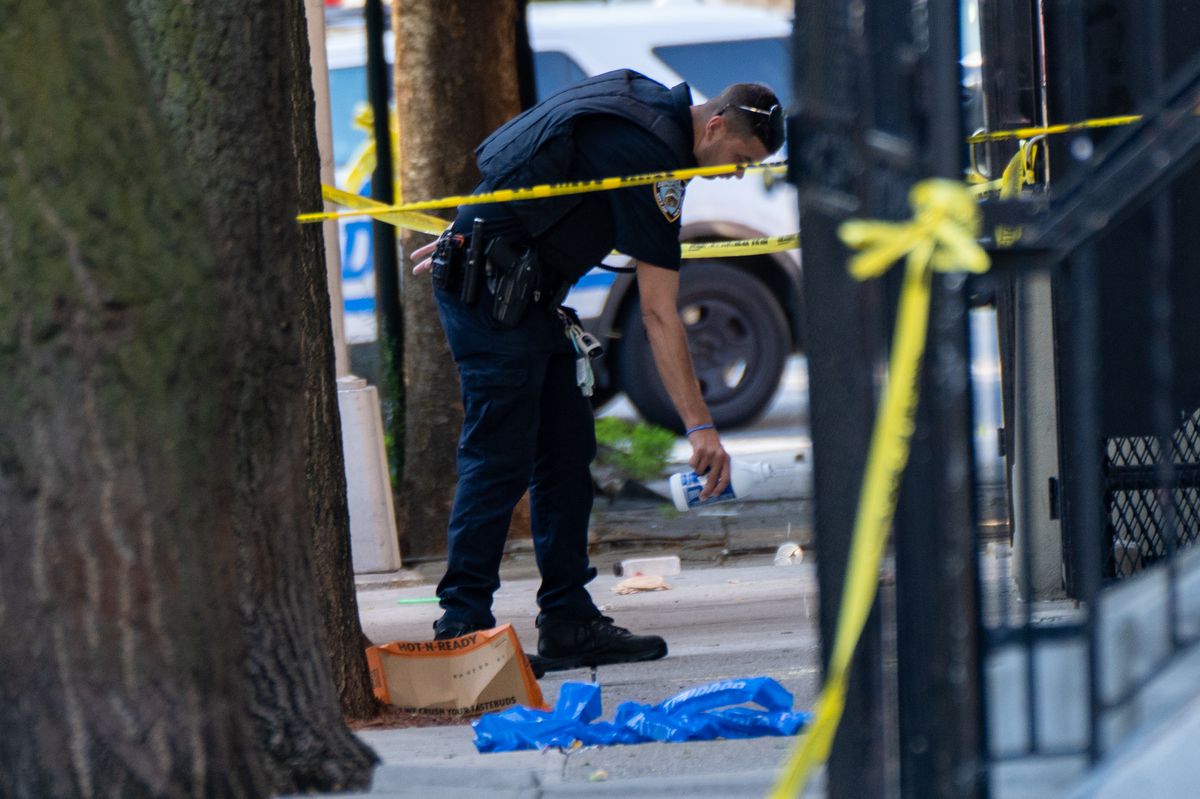 An NYPD lieutenant was shot in the ankle during a “violent struggle” with a Bronx gang member, cops said early Saturday.

The lieutenant and three uniformed officers were driving down Lyman Place near Freeman St. in Morrisania at 11:55 p.m. Friday when they spotted the suspect, who took off running, NYPD Police Commissioner Dermot Shea said.

When cops caught up with the man, identified by police sources as 26-year-old Jerome Roman, a “violent struggle ensues,” Shea said outside Jacobi Hospital at an early morning press conference.

During the fight, Roman fired off one round from his pistol, striking the lieutenant in the ankle. The shell casing got jammed in the pistol’s barrel, preventing him from firing again, Shea said.

“This struggle took approximately five to eight minutes,” Shea said. “I have to commend the four officers for the incredible restraint that was shown on [body camera] video. They are wrestling with a perpetrator clearly armed with a firearm and are repeatedly telling him to let go of the firearm.”

Roman’s bullet punched through the lieutenant’s ankle and struck a nearby parked car, Shea said.

“The individual was safely taken into custody with no injuries,” Shea said. The lieutenant, he said, was taken to Jacobi Hospital and was treated and released.

“He’s expected to make a full recovery,” Shea said. The three officers with the lieutenant were treated for minor injuries.

Roman is a member of the Lyman Place Crew, sources with knowledge of the case said. He was arrested on gun possession charges in November and was out on $30,000 bail when Friday’s shooting took place. He had also been convicted of a firearms charge in the past, Shea said.

Friday’s shooting occurred a week after cops shot and wounded an emotionally disturbed man swinging a pipe at them in Staten Island, officials said.

In May, NYPD Police Officer Brian McGurran was shot during a frenzied gunfight in Bedford Stuyvesant, but was spared by his bullet-resistant vest.