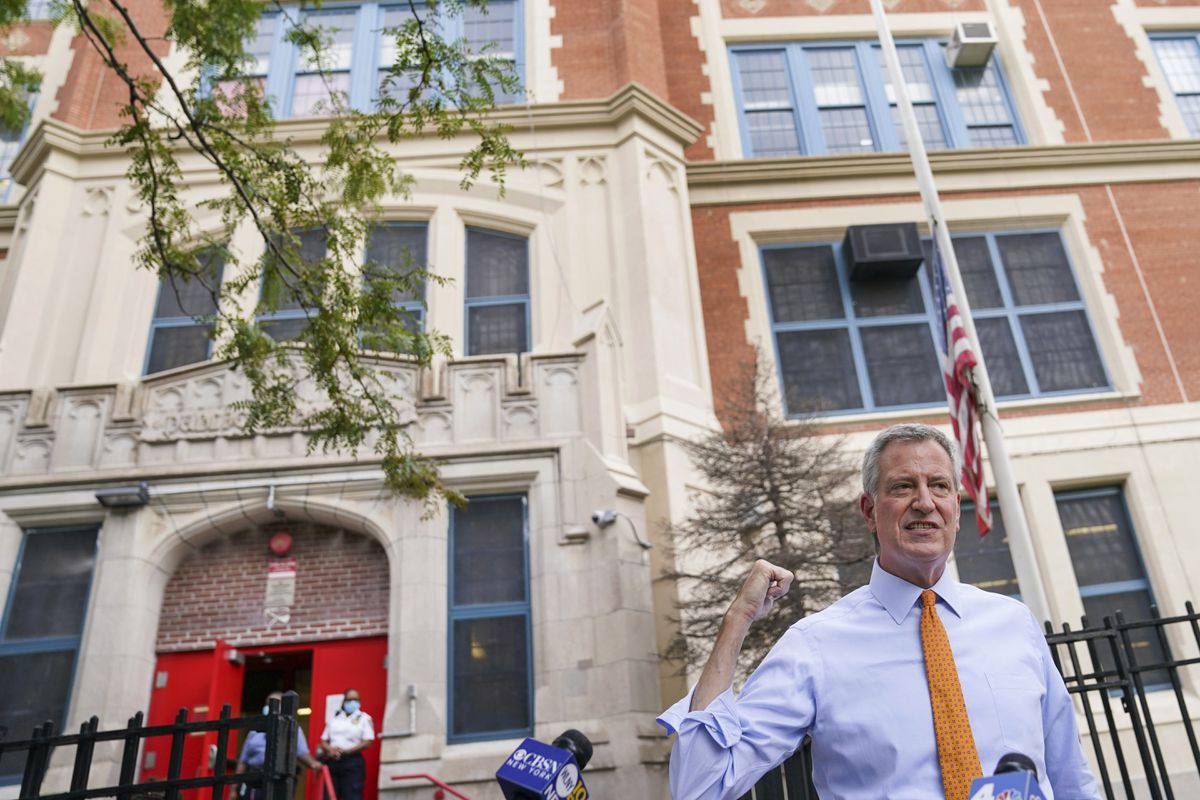 Use it or lose it.

That’s Mayor de Blasio’s stern message to city families signed up to return to in-person classes when some city schools reopen next week.

“You have to show up in the course of this week or have a legitimate excuse or communicate with your school what’s going on,” Hizzoner said in a Wednesday morning press conference. “If you don’t, your school is going to let you know your child is going to be moved to all remote.”

City officials say the strict line in the sand is meant to help schools get a final number for in-person students for the remainder of the year so they can quickly begin expanding the number of school days for kids enrolled in in-person classes.

“These seats are precious…a seat should not go unutilized,” de Blasio warned.

The strict attendance rules come on top of a decision in late October to limit the number of opportunities families have to switch from remote to in-person school — a move officials said was necessary to stabilize enrollment numbers.

An Education Department spokeswoman clarified that the city has publicized the one-week attendance window for more than a month, and said absences for reasons including “quarantining … looking after a sick relative, or caring for a sibling … are not reasons to move a student to remote.”

Hizzoner said Wednesday the city is well within its rights to crack down.

“School has been open for months. If a child hasn’t shown up or only shown up very occasionally…it’s right to say to the parent as a matter of personal responsibility and respect for all other kids, ‘are you going to use this seat or not?’”