NYC sanitation worker shot, wounded on Midtown street after intervening in fight between daughter and her ex 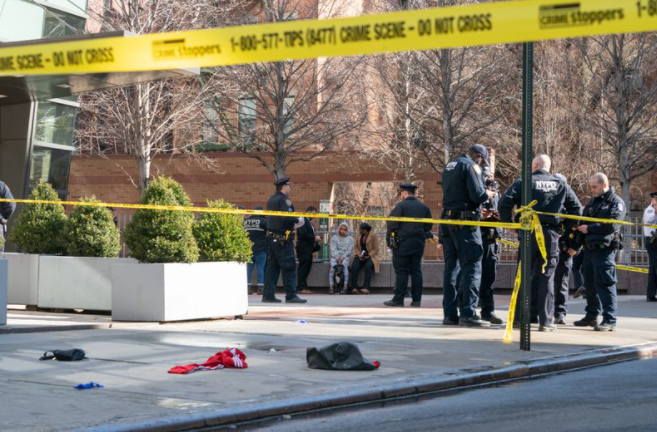 A city sanitation worker was shot and wounded in Hell’s Kitchen Thursday morning after getting a call for help from his daughter, police said.

The victim, wearing his work uniform but believed to be on his lunch break, showed up at W. 52nd St. near 10th Ave. about 11:15 a.m. after getting a call from his daughter that she was arguing with her ex-boyfriend, police sources said.

The dutiful dad was shot on the street in the thigh. Medics took him to Mount Sinai Morningside in stable condition.

The daughter was crying but not hit, said witness Bobby Vasquez, 69.

The daughter’s ex-boyfriend is being sought for questioning, along with the ex’s brother, police said.

Sanitation Commissioner Edward Grayson was rushing to the hospital to visit the sanitation worker.

‘We are relieved to hear that the injuries do not appear to be life-threatening,” Sanitation Department spokesman Vincent Gragnani said. “This is an active investigation and we are standing by to assist our partners at NYPD in any way we can.”

The suspects fled the scene in a black Mercedes that Vasquez said was stolen from the victim.

“I just ducked and they got out of here quick,” he added. “People were running back into the building.”