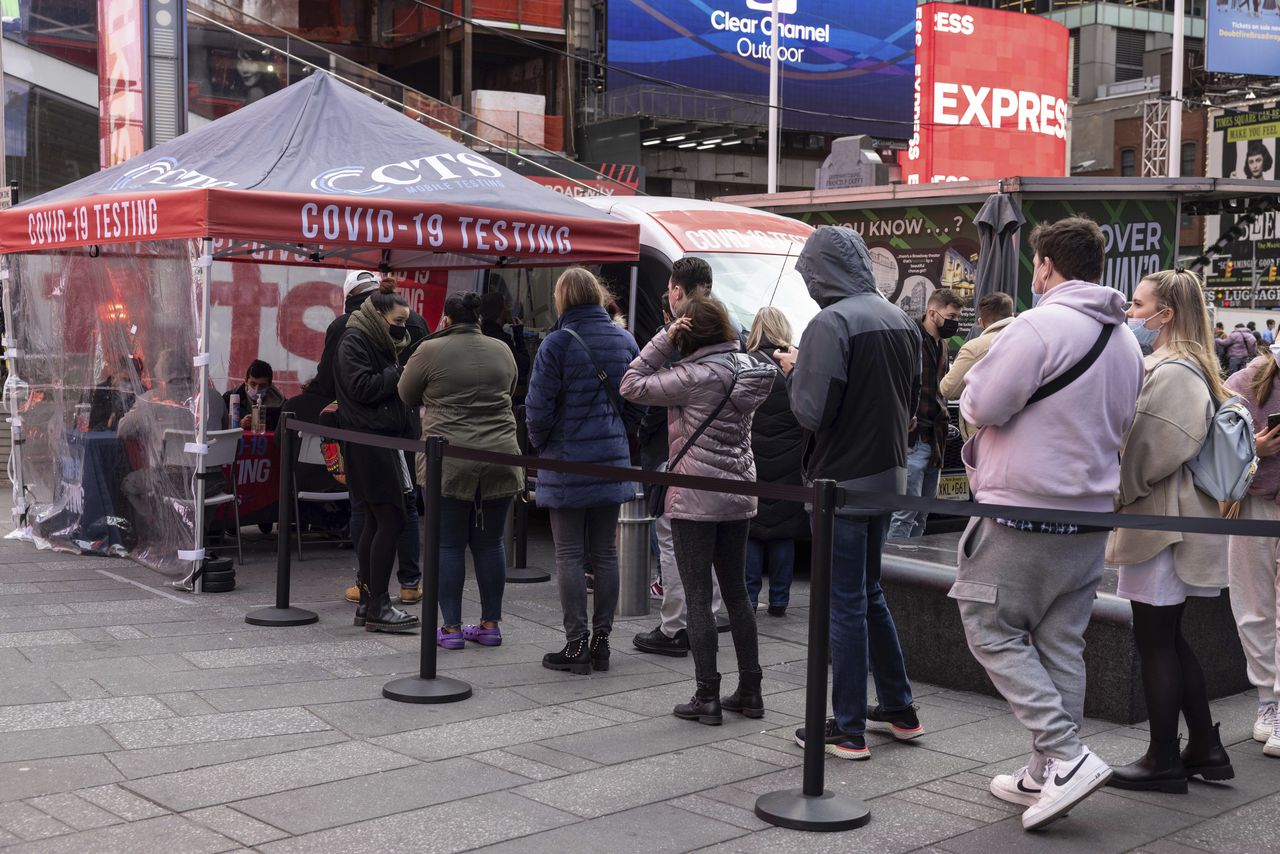 New York City hit yet another grim COVID-19 milestone on the last day of 2021, recording a single-day record of nearly 50,000 new cases on Dec. 31, according to state data released Saturday afternoon.

New York City continued to show the highest case rate in the state, with an average of 419 new daily cases per 100,000 residents over the last seven days. More than 20% of New York City residents who got tested came back positive on average over the past week, according to the state data.

The staggering new daily total underscores the major COVID-19 challenge ahead for new Mayor Eric Adams, who was sworn in just after midnight Saturday morning.

Adams said Saturday he wants “to make sure we have a real plan in place” to battle the surge in cases by Monday, when many New Yorkers return to work and schools come back from winter break.

He signed an executive order Saturday extending former Mayor de Blasio’s “Key to the City” policy requiring proof of vaccination at restaurants and other indoor locations.

Gov. Kathy Hochul said “we will continue to make vaccines, boosters and testing more widely available as part of our Winter Surge Plan so we can continue to keep each other safe.”