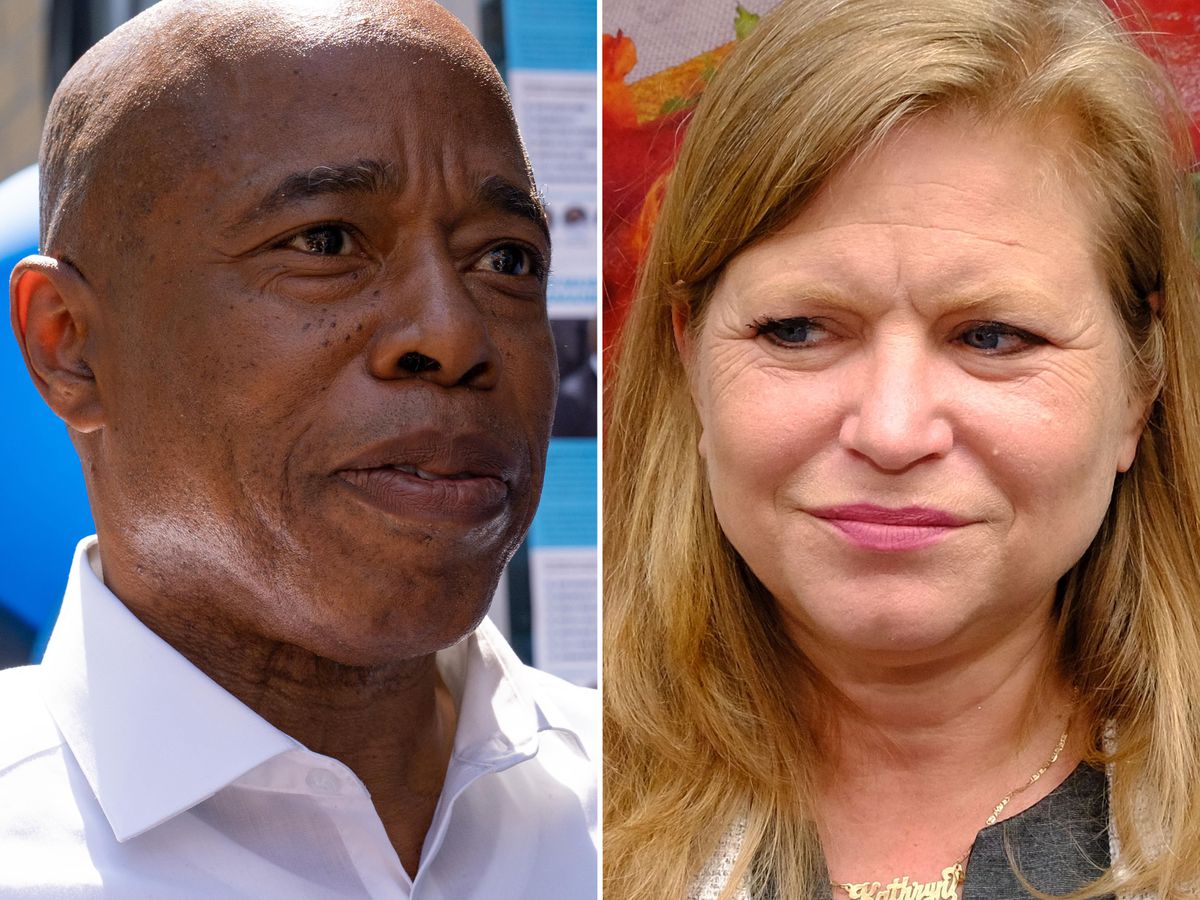 What an absolute mess.

The error-prone Board of Elections hurled the city’s first-ever ranked-choice mayoral race into disarray Tuesday by releasing updated results showing Eric Adams’ lead in the contest shrinking drastically — only to withdraw those tabulations due to an unspecified voting “discrepancy” before calling it a night.

The BOE first dropped a tally that showed Adams, Brooklyn’s borough president, leading the Democratic mayoral primary with 51.1% of the vote after 11 rounds of ranked-choice counting eliminated all other candidates except for ex-sanitation commissioner Kathryn Garcia.

Under the new tally, Garcia had soared to second place with 48.9% of the vote — trailing Adams by just 15,908 ballots. That spelled potential trouble for Adams — who had enjoyed a nearly 10% lead before the ranked-choice process played out — and turned all eyes to tens of thousands of absentee ballots that won’t be tabulated for at least another week.

But hours after releasing the nail-biting updated results, the Board of Elections backtracked.

“We are aware there is a discrepancy in the unofficial RCV round by round elimination report. We are working with our RCV technical staff to identify where the discrepancy occurred,” the board wrote on Twitter. “We ask the public, elected officials and candidates to have patience.”

After several more suspenseful hours, the BOE then deleted the flawed tabulations from its website and said it would not release corrected results until Wednesday.

Before BOE said not so fast, Adams raised concern about the BOE’s updated vote total including “100,000-plus” more votes than the tally announced on Primary Night last Tuesday.

“We have asked the Board of Elections to explain such a massive increase and other irregularities,” the Adams campaign said in a statement. “We remain confident that Eric Adams will be the next mayor of New York.”

The BOE has a long history of messing up elections. Last year, some New Yorkers received absentee ballots with an incorrect return address listed on corresponding envelopes, forcing the board to scramble to rectify the issue before Election Day 2020.

The board’s ranked-choice snafu aside, a winner likely won’t be crowned in the mayoral race before, at the earliest, July 6, when the Board of Elections hopes to tabulate nearly 125,000 absentee ballots cast in the June 22 primary.

Before the BOE backpedaling, Garcia, who would become the first female mayor in city history if elected, celebrated the updated results, but also pleaded for patience from New Yorkers.

“We are incredibly hopeful about the 124,000 absentee ballots that are out there,” Garcia told reporters in downtown Brooklyn. “Many of them came from electoral districts that I did well in, but we’re going to have to wait until they all get counted. And that is what I intend to do. I am certainly not counting any chickens before they’re hatched.”

Former de Blasio counsel Maya Wiley, the only other major contender left in the race, was eliminated in the final ranked-choice round, though she placed behind Garcia by less than 1% of the vote in the incorrect ranked-choice results, suggesting she may still have a shot.

Wiley did not immediately react to the confusing Tuesday ballot dump.

After her elimination, Wiley’s lower-ranked votes overwhelmingly went to Garcia, the tabulations showed.

Andrew Yang, who dropped out of the race on Primary Night after coming in fourth in early results, also gave Garcia a major boost once his votes were dispersed across the field following his ranked-choice elimination in the 10th round.

As BOE officials tried to straighten out their election snag, Yang, his tongue placed firmly in his cheek, tweeted: “Ranked-choice voting is awesome.”

Ahead of Tuesday’s ranked-choice rounds, Adams led the race decisively, having claimed 31.7% of top-ranked in-person votes, while Wiley, his then-closet challenger, captured 22.3%.

Beyond the mayoral race, Brooklyn Councilman Brad Lander held on to his lead in the Democratic primary to become the city’s next comptroller.

However, fellow comptroller hopeful Corey Johnson cut into Lander’s previously substantial lead after the ranked-choice process played out, with just 19,979 ballots separating the two, likely making the outstanding absentee votes critical in that race as well.

Whoever wins the Democratic mayoral primary will have to square off against Republican contender Curtis Sliwa in November’s general content. However, Sliwa is extremely unlikely to prevail, considering city’s heavily Democratic demographic.

This year’s primary elections are the first in city history to use the complicated ranked-choice system, and the long wait for conclusive results are rubbing political experts the wrong way.

Even before the BOE chaos unfolded, Sid Davidoff, who has worked in city politics since the 1960s and advised several mayors, was stunned that the board dropped ranked-choice results before counting absentees.

“This is crazy,” Davidoff told reporters. “I just don’t understand why it was necessary to do this analysis without waiting for the absentee ballots. It really doesn’t tell us anything other than Eric is still holding first place.”