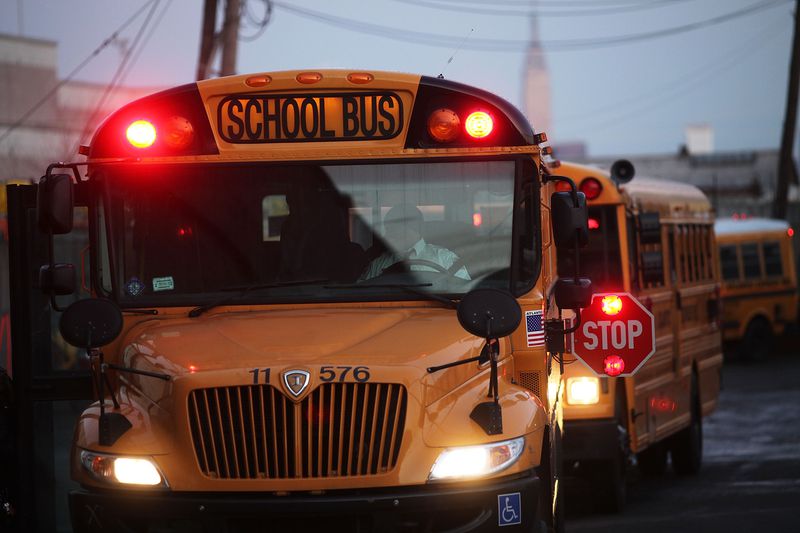 The city’s Economic Development Corporation proposed an $800,000 contract with a transportation consulting group in its June 24 meeting to help the city “insource” school bus operations, according to meeting minutes.

The consulting company, TransPar Group, would ultimately work with the city to develop a new “not-for-profit which will acquire and operate assets of current school bus operating companies,” according to the meeting records.

The company has led similar efforts in Philadelphia and Chicago, according to city records.

Sources with knowledge of the talks said the city is in negotiations to purchase three companies: Reliant Transportation, the city’s largest school bus operator, GVC LTD, a smaller bus operator based in the Bronx, and New Dawn.

Reliant and GVC didn’t immediately respond to requests for comment. Carina Noble, a spokeswoman for the parent company of New Dawn, said the company was “engaged in conversations with the city earlier in the year but they are not in the process of purchasing New Dawn.”

Reliant, which operates more than 900 bus routes across the city, has come under fire for its ties to city officials and safety record.

A city hall spokeswoman declined to comment on the negotiations.

Doug Martin, the president of TransPar, the consulting group tasked with helping the city move forward with the insourcing, said the company isn’t currently under contract with the city, but declined to elaborate.

New York City’s bus fleet, which ferries 150,000 students each day in normal circumstances, is run by a patchwork of private companies.

De Blasio said last September that ”we are hindered by a very arcane system where there is a bunch of different bus companies. And I think it’s time to think about whether we need a different approach going forward.”

City school bus companies have been shuttered for months since officials stopped paying out contracts in April amid severe revenue losses. The adopted budget for the city Education Department this fiscal year included about $1.2 billion for school transportation — roughly $120 million less than last year’s budget.

What the school bus system will look like this fall remains unknown.

City officials have said they’re working through complex mapping exercises to plan routes for students who may be attending schools part-time while keeping numbers down on buses to maintain social distance.

Officials have committed to guaranteeing transportation for students with special needs who are required to receive school bus service, but haven’t specified how many other students will get access to yellow buses.