No New Indoor Activities Like Malls, Museums, for NYC in Phase 4 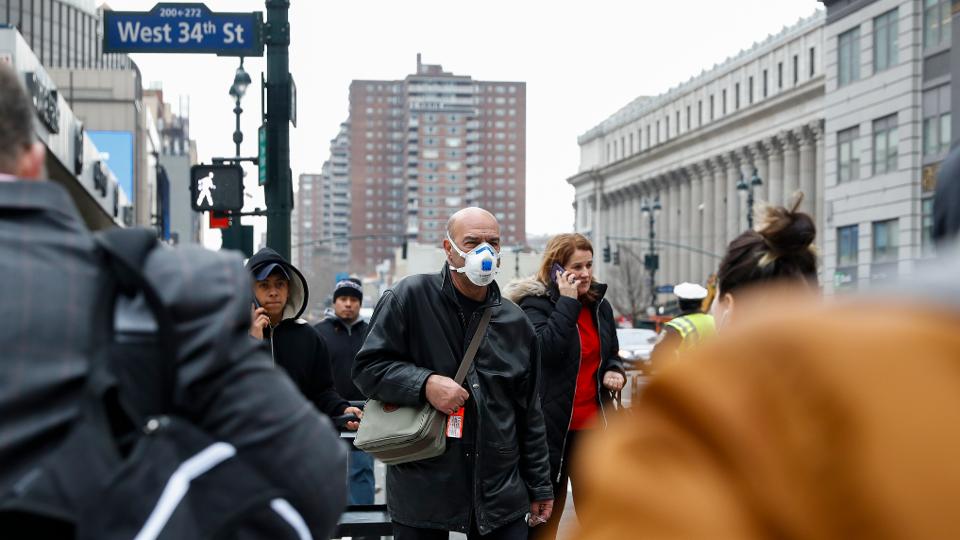 New York City is on track to move to Phase IV of the state’s reopening plan on Monday, but it will do so without the reopening of any new indoor venues like malls, museums and more, Gov. Andrew Cuomo said Thursday.

He offered no new timeline for those reopenings. The announcement echoes the strategy Cuomo took for the city in Phase III two weeks ago, when he allowed the five boroughs to make the transition absent indoor dining amid heightened national concerns about increased infection risk from enclosed spaces.

Cuomo said the state would issue a final decision at 4 p.m. Friday on the city’s Phase IV, which also reopens low-risk outdoor venues like zoos and botanical gardens with strict capacity limits and mandatory COVID precautions in place.

Earlier Thursday, Mayor Bill de Blasio said the city and state were still finalizing the Phase IV approach for the five boroughs and indicated both were “feeling cautious.” Given the still spiraling and record-breaking COVID surge, de Blasio said he wouldn’t be surprised if the city tweaked or delayed its Phase IV rollout — particularly as it relates to planned indoor reopenings like museums and malls.

“The outdoor elements I feel good about and confident about so long as we’re clear about the standards and enforcement. The indoor is causing me pause,” de Blasio said. “There can’t be a slippy slope there. Indoor is the challenge and we have to be very tight about it. I think there are substantial parts of Phase IV that can move ahead. There are other parts we have to be very cautious about.”

recreation but postponed the return of indoor dining indefinitely, even as the rest of the state was permitted to continue doing it. It did still transition to Phase III two weeks after entering Phase II, as scheduled, and appears on track to do the same as it relates to a modified Phase IV next week.

While the open-aired Statue of Liberty and Ellis Island have announced plans to partially reopen Monday, the anticipated start of the city’s Phase IV, the indoor Met says it won’t return until late August. Cuomo said the Met can still plan to reopen at that time, despite his announcement Thursday, but added, “We’ll see.”

It wasn’t clear if the modified Phase IV plan for the city would still allow for the cap on social gatherings to be increased from 25 to 50, which has been the case for other regions taking that fourth step.

With all of New York state in some phase of reopening, Gov. Andrew Cuomo is shifting his focus to monitoring test results on a daily basis across each region to identify potential hotspots before they emerge. Here’s the latest tracking data by region. For the latest county-level results statewide, click here

The Phase IV timeline is a uniquely critical one for New York. It is tied directly to the fate of schools. Regions have to be in Phase IV and maintain a daily infection rate of 5 percent or lower over a 14-day rolling average in order for Cuomo to even consider their school districts’ reopening plans, all of which will likely involve a mix of in-person and remote learning to start the year in September. New York City’s current seven-day rolling average is just 1 percent, a far cry from the 59 percent daily positivity rates it was seeing at the peak of the crisis in April.

The rest of the state’s regions have maintained seven-day rolling averages around 1 percent through their transitions into Phase IV, though certain counties have seen spot spikes recently. Some have been fueled by out-of-state travel. Cuomo issued a new New York emergency order to better enforce compliance with the tri-state quarantine advisory. Twenty-two states are now on that list.