Nicki Minaj under fire for linking COVID vaccines to swollen testicles, impotence despite no scientific evidence 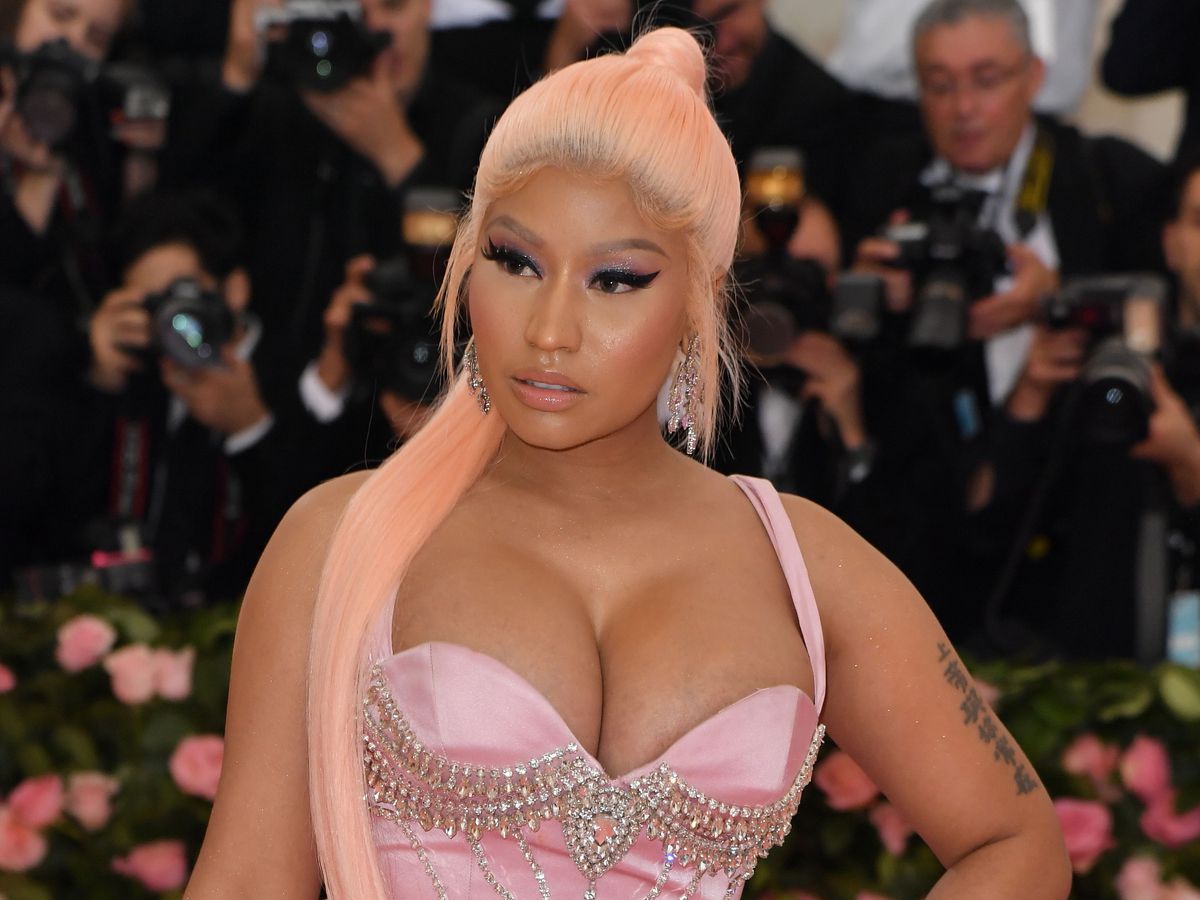 Nicki Minaj entered the coronavirus vaccine debate Monday by citing a bizarre case of swollen testicles as one of the reasons she still hasn’t gotten her shot — a claim that sparked fury on social media over its complete lack of scientific evidence.

The “Anaconda” singer posted a series of tweets suggesting she was still researching the safety and efficacy of the existing COVID-19 vaccines after choosing not to attend the Met Gala in New York. The event required all guests to be vaccinated.

But Minaj, whose real name is Onika Tanya Maraj-Petty, raised eyebrows after telling her 22 million Twitter followers that she knows of a vaccine recipient who is now suffering from erectile dysfunction.

“My cousin in Trinidad won’t get the vaccine cuz his friend got it & became impotent,” she wrote. “His testicles became swollen. His friend was weeks away from getting married, now the girl called off the wedding. So just pray on it & make sure you’re comfortable with ur decision, not bullied.”

The Trinidadian rapper did not offer any evidence for her claim — likely because none exists, scientists would say. Experts have long debunked claims that COVID-19 vaccines cause fertility issues, saying the two have no connection and that people should not assume any correlation just because of the timing of a diagnosis.

Dr. Sanjay Gupta, CNN’s chief medical correspondent, said swollen testicles, or orchitis, is also “not a thing” when it comes to vaccines.

“I have no doubt that this is something that has happened to this individual and also have no doubt, really, that it’s not related to the vaccine,” he said Tuesday on “New Day.”

“When you have 32% of the country of Trinidad vaccinated, you’re going to have people who have concomitant issues that have nothing to do with the vaccine,” he said.

JUST NOW: “Vaccines causing orchitis, or swollen testicles, that’s not a thing. That’s not something to worry about.”@drsanjaygupta
dropping the hammer on “cousin-gate” and @NICKIMINAJpic.twitter.com/HgQv6MMLcx

“There is absolutely no evidence, and no theoretical reason, that any of the vaccines can affect the fertility of women or men,” the British Fertility Society and Association of Reproductive and Clinical Scientists said in a February statement.

Dr Edward Morris, president of Britain’s Royal College of Obstetricians and Gynaecologists, said claims of any effect on fertility are “speculative and not supported by any data.”

“There is no biologically plausible mechanism by which current vaccines would cause any impact on women’s fertility,” he said in January.

A possible reason for the rise in unfounded fertility rumors is the fact that fever, a known side effect from coronavirus vaccines, can cause temporary declines in sperm production.

“For you to use your platform to encourage our community to not protect themselves and save their lives — my God, sister, you can do better than that,” Reid said Monday night on her show, “The ReidOut.”

“For you to use your platform to put people in the position of dying from a disease they don’t have to die from… As a fan, as a hip-hop fan, as someone who was your fan, I’m so sad that you did that,” she said.

.@JoyAnnReid responds to @NICKIMINAJ‘s tweets on the #COVID19 vaccine: “For you to use your platform to encourage our community to not protect themselves and save their lives… As a fan, I am so sad that you did that.” #TheReidOut #reiders pic.twitter.com/nmr85LSmug

Minaj hit back at Reid with several tweets accusing the host of misrepresenting her tweet.

“This is what happens when you’re so thirsty to down another black woman (by the request of the white man), that you didn’t bother to read all my tweets,” Minaj said, adding that Reid was a “dumb a–” who was spreading a “false narrative about another black woman” on TV.

Despite spreading unfounded claims and promoting vaccine skepticism, the Grammy-nominated artist did not explicitly discourage her followers from getting the shot and said she might eventually get it.

“A lot of countries won’t let ppl work w/o the vaccine. I’d def recommend they get the vaccine,” she wrote in one of her tweets. “They have to feed their families. I’m sure I’ll b vaccinated as well cuz I have to go on tour, etc.”

Minaj also said she didn’t want to get vaccinated just to attend the Met Gala, saying she would do so once she feels she’s “done enough research.”

“I’m working on that now. In the meantime my loves, be safe,” she said. “Wear the mask with 2 strings that grips your head & face. Not that loose one.”

Dr. Gupta encouraged Minaj to look into the numerous studies conducted around the world and get vaccinated.

“I appreciate her wanting to do the research. It’s out there,” he said. “I wish her cousin’s friend well, but that’s not related to the vaccine. It may be related to another type of infection that could have been prevented by a vaccine, but not the COVID-19 vaccine.”