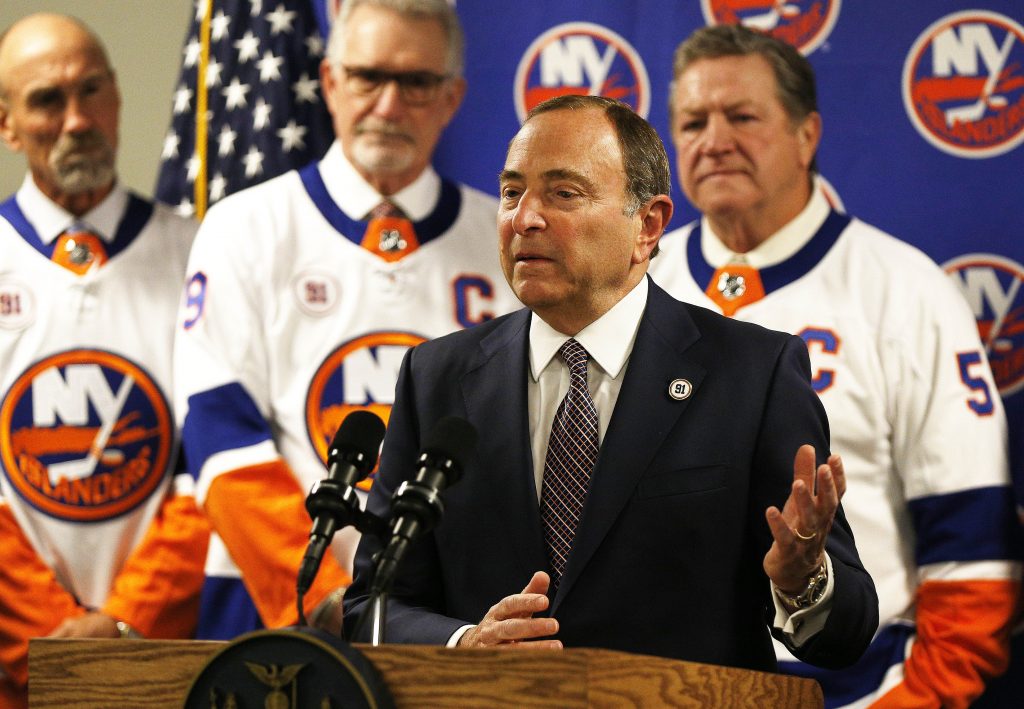 Speaking at a virtual town hall hosted by the San Jose Sharks, Bettman said that ending a season without crowning a champion is, “not something I’m even contemplating,” (h/t Curtis Pashelka, Mercury News).

The NHL has been shut down since March 12 because of the coronavirus pandemic with roughly 190 games remaining on its regular-season schedule.

Little progress has been made when it comes to the revelation of a resumption plan.

Proposals floated out into the hockey world have included finishing the regular season to determine the playoff standings, jump directly into the postseason based on point percentages, or come back to an expanded playoff format sometime in July or August.

It is undetermined if play will take place at centralized locations or home arenas without fans.

“I believe that if the right time comes, and the right circumstances, based on all of the options that we’re considering and our ability to execute them, we’ll get this season done,” Bettman said. “I don’t want to sound Pollyanna (overly optimistic), but canceling is too easy a solution. That means you stop working hard to do all of the things that we’re doing, and I ultimately believe that there will be an opportunity.”

The late-summer restart could mean that the NHL would begin its 2020-21 season after its usual October commencement with Bettman expressing his hope that fans could be in the stands by then.

Since the Stanley Cup was first created in 1893, predating the NHL, there have been only two seasons in which it has not been awarded — 1919 (Spanish flu) and 2005 (lockout).