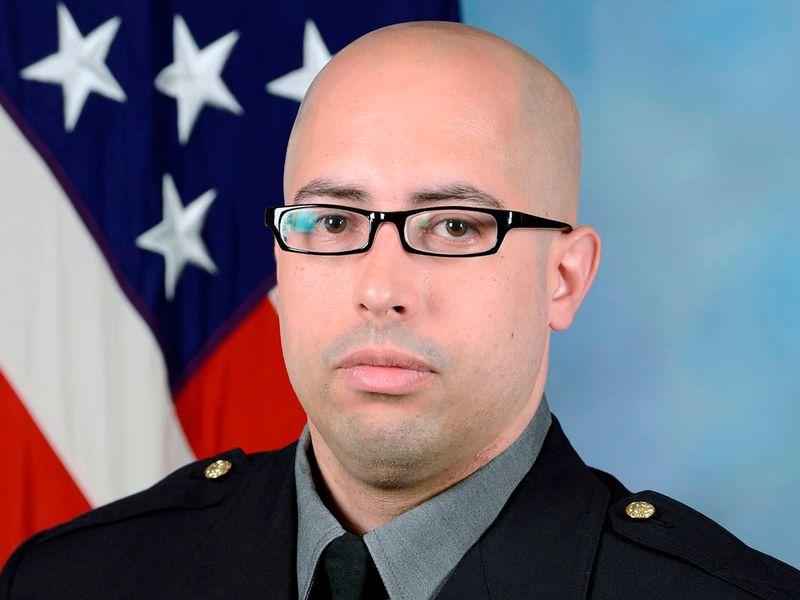 New details about the attack on a Pentagon police officer who later died and their assailant have emerged a day after the headquarters of the U.S. military went on lockdown after gunshots were fired.

According to ABC News, Georgia resident Austin William Lanz, 27, stabbed the officer in the head and took the officer’s gun before shooting him outside the Virginia complex. At least one bystander was also injured in the incident.

The Washington Post later identified the slain officer as George Gonzalez, 37, an Army veteran who had been promoted to senior officer with the Pentagon Force Protection Agency in 2020. He had previously worked at the Federal Bureau of Prisons and the Transportation Security Administration.

According to ABC News, Lanz enlisted in the Marine Corps in Oct. 2012 but was “administratively separated on Nov. 2, 2012″ before he was able to “[earn] the title Marine.”

The man was arrested in Cobb County, Ga., in April and hit with a number of charges including first-degree burglary and trespassing, aggravated battery against police, rioting in a penal institution and making terrorist threats or acts in two separate cases but was released on bond and ordered to receive mental-health and substance-abuse evaluations.

The FBI investigation into the incident is reportedly ongoing.