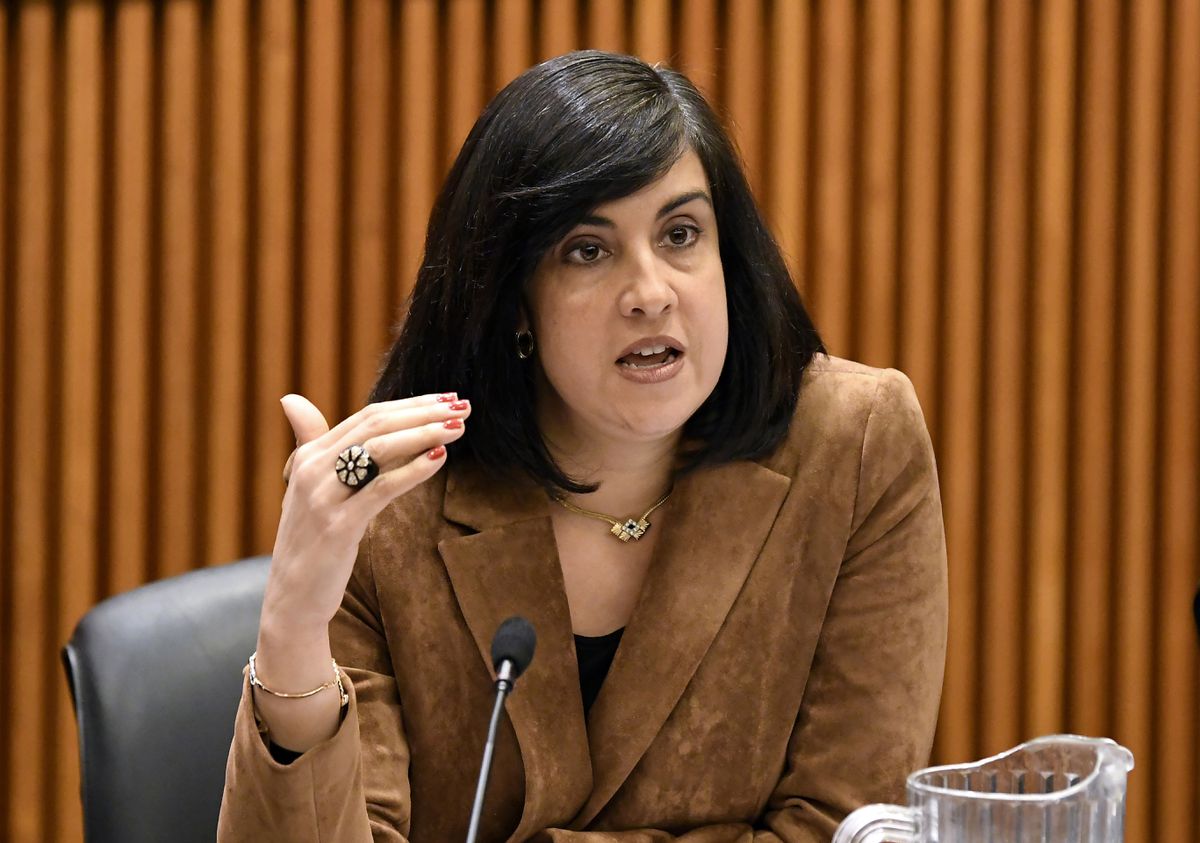 Nicole Malliotakis, New York City’s only Republican congresswoman, sought to distance herself on Tuesday from a longtime adviser who posted a video of herself shouting “Heil Hitler” as part of an eyebrow-raising rant against coronavirus restrictions.

Malliotakis, who represents all of Staten Island and a chunk of southern Brooklyn in the House, called the Nazi remark made by Republican strategist Leticia Remauro “shocking and wrong.”

“I strongly condemn them,” the first-term congresswoman tweeted. “At a time when anti-Semitism is on the rise across our city and especially on Staten Island, there is no excuse for such words being uttered. People of faith and goodwill must work together as one to ensure that words of hate are removed from our vocabulary and our hearts.”

Remauro, who has extensive ties to Malliotakis and worked on her successful 2020 campaign against Rep. Max Rose (D-N.Y.), dropped the offensive Hitler salute in a video she posted of herself on Facebook on Dec. 2 while attending a protest on Staten Island against the coronavirus-related shutdown of Mac’s Public House.

“We’re with the small-business community, with Staten Island to stand up for our right — the right to pay taxes so that we can pay the salaries of these good men and women,” Remauro says in the video as New York City Sheriff’s Department deputies can be seen in the background blocking entry to the popular pub.

“They are just doing their job. But, not for nothing, sometimes you got to say, `Heil Hitler!’ — not a good idea to send me here!’ ” she says in the since-deleted video, which was first reported on Monday.