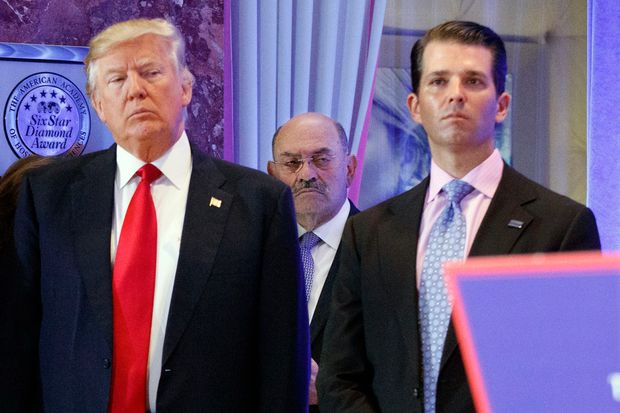 The Manhattan district attorney has obtained grand jury indictments against ex-President Donald Trump’s namesake company, a source familiar with the matter said Wednesday — but for now, investigators are not expected to charge Trump himself.

The indictments relate to tax evasion and to corporate fringe benefits paid to long-serving Trump Organization Chief Financial Officer Allen Weisselberg, who is also expected to be charged, multiple sources told The News.

Weisselberg is expected to appear at an arraignment hearing in Manhattan Supreme Court on Thursday afternoon, said sources.

Trump has not been charged with criminal wrongdoing. But the indictments do not signal the end of the investigation by Vance and James. Trump may be charged later, either in a superseding indictment or individually.

Trump’s role as head of the Trump Organization “is only somewhat relevant” to whether he will be charged, said Daniel Alonso, a private defense attorney and former federal prosecutor who was Vance’s chief deputy for four years.

During a 2015 deposition concerning the now-defunct Trump University, Weisselberg said he earned a $450,000 salary plus benefits working for the Trump Organization, The New York Daily News has reported.

Weisselberg’s son, Barry, who managed the Trump Organization’s mostly cash-only ice rink and carousel in Central Park for two decades, spoke more about those benefits in a deposition taken during his divorce from Jennifer Weisselberg in 2017.

From 2005 through 2011, Barry and Jennifer — who has been cooperating with the Vance and James investigations — lived in a rent-free “corporate apartment” overlooking Central Park provided by the Trump Organization, Barry testified.

He said he couldn’t recall whether he reported the value of the luxury apartment on his tax returns.

When the young couple moved into an Upper West Side apartment in 2011, they still didn’t need to pay rent. Allen Weisselberg handled their monthly $7,500 rent plus their two children’s tuition fees, Hebrew school fees, dental work and other expenses that topped almost $100,000 annually, Barry Weisselberg said in his deposition.

Whether the money came out of Allen’s pocket or Barry’s, it was all coming from the same place with both men on the Trump Organization’s payroll.

Asked during the deposition who decided upon his salary, Barry acknowledged, “My father and Mr. Trump.”

Any convictions stemming from an indictment against the Trump Organization will likely result in hefty fines but no jail time.

Weisselberg’s attorney Mary Mulligan declined to comment, as did lawyers for Trump and spokesmen for Vance and James. Trump Organization spokesmen did not respond to The News’ requests for comment. Word of the expected indictment was first reported Wednesday in the Wall Street Journal.