More than a dozen harmed when stolen Highlander hammers into Brooklyn transport: authorities 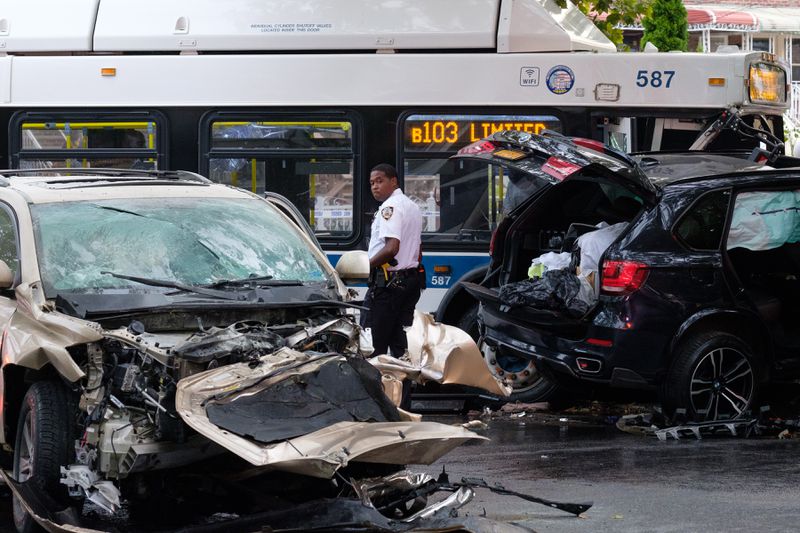 More than a dozen people were injured when a stolen Toyota Highlander fleeing police slammed into a city bus and another car near a Brooklyn intersection, officials said Friday.

The stolen SUV was speeding past E. 86th St. and Glenwood Road in Canarsie about 6 p.m. Thursday when cops tried to pull the vehicle over, officials said.

The SUV refused to stop and kept heading west for five blocks before blowing a stop sign at the corner of E. 87th St. and Ave. M and slamming into a B 103 bus heading east on Ave. M and a BMW.

An NYPD spokesman said cops trying to pull the Highlander over ceased their pursuit about 10 minutes before the crash.

Nine passengers on the bus, the bus driver, the BMW driver and two teens in the stolen Highlander all suffered minor injuries and were taken to area hospitals for treatment, officials said.