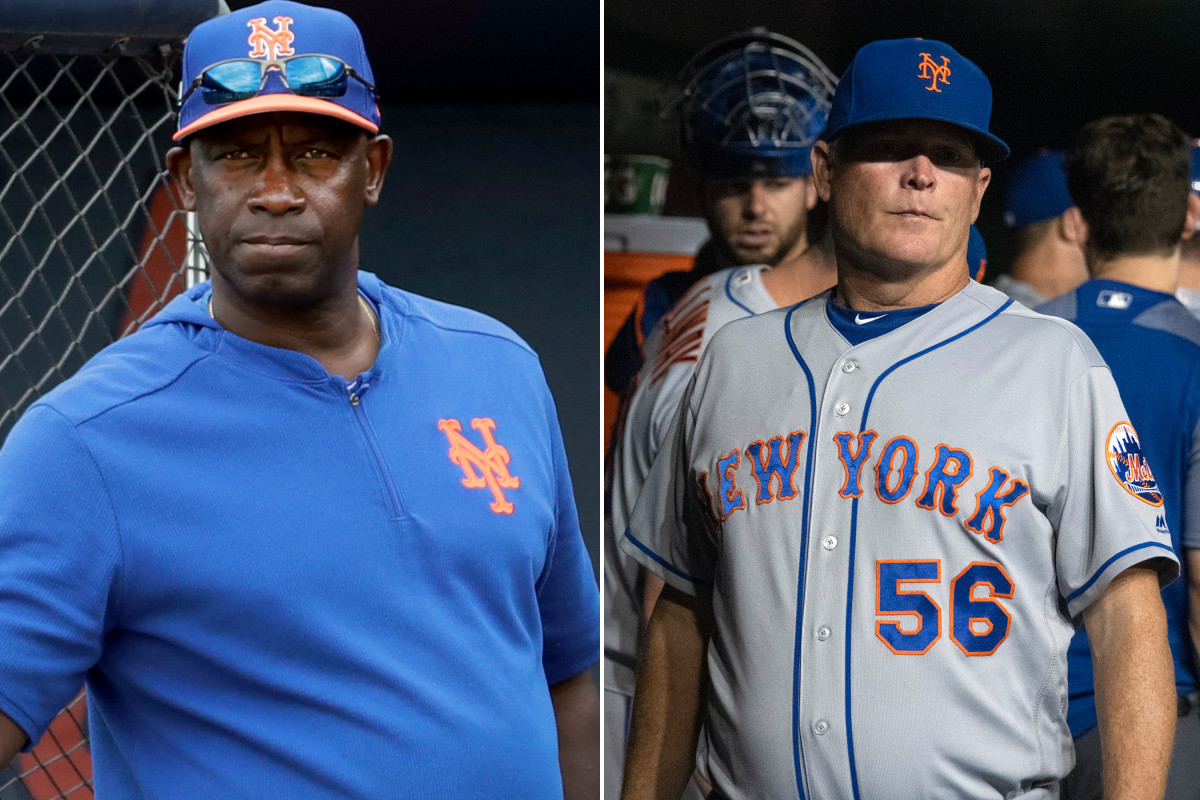 After the Mets hitters credited a fictional hitting coach for their recent uptick in performance, the still uneven Mets fired their real hitting coaches.

Chili Davis and assistant Tom Slater were fired after Monday night’s loss to the Cardinals, the team announced.

They’ll be replaced by the duo of Hugh Quattlebaum and Kevin Howard, who were hired this offseason to work in minor league player development.

Acting general manager Zack Scott strongly implied that the firings were about bringing in a coach who was more in line with the more mathematically inclined new Mets front office. “It’s based more on a vision for what we want our major league hitting program to be,” Scott said Monday. “It’s not about results,” Scott said over and over again.

When Pete Alonso and Michael Conforto finally started hitting over the weekend in Philadelphia, they credited the made-up “Donnie Stevenson,” who Conforto said is “a guy that just gets the boys fired up and ready to go.” The Mets do have 18 runs in their last three games, which Scott said “should highlight that this isn’t about recent results.”

In a down year for offenses all across MLB, the Mets have slumped harder than nearly anyone. Heading into Monday, they were slugging .364, better than only the Pirates, Marlins, and Tigers. Their $341 million man, Francisco Lindor, doesn’t have a hit for the last week or so, going 0-for his last 21. With a lineup built to bash, they had just 17 homers, the least in MLB before Monday night’s game.

“We just felt like the players needed a different level of support, with maybe some different skills brought into the mix,” Scott said.

Davis, 61, had been the Mets hitting coach for the last two seasons, although he coached remotely in 2020 because of the pandemic.

Quattlebaum, who is replacing Davis as hitting coach, joined the Mets from the Mariners as minor league director of hitting development this offseason. Howard, who similarly came over from the Indians this winter, was the Mets’ director of player development before replacing Slater.

“These are both two very well-liked baseball men,” Scott said of Davis and Slater. “There’s strong relationships, players like these guys. We know that there’s some risk in making a change and disrupting what’s been going on since spring training, but we felt like it was worth taking that risk in order to get to where we really want to be with our major league hitting program.”

Scott said that the decision was made along with team president Sandy Alderson, and that Quattlebaum and Howard weren’t on interim tags. (Scott himself is on an “acting” tag.) “What I told them is, this is something I’m asking them to do for these next six months, and that we would reassess after that,” he said.