Merck asks FDA to authorize COVID pill for emergency use 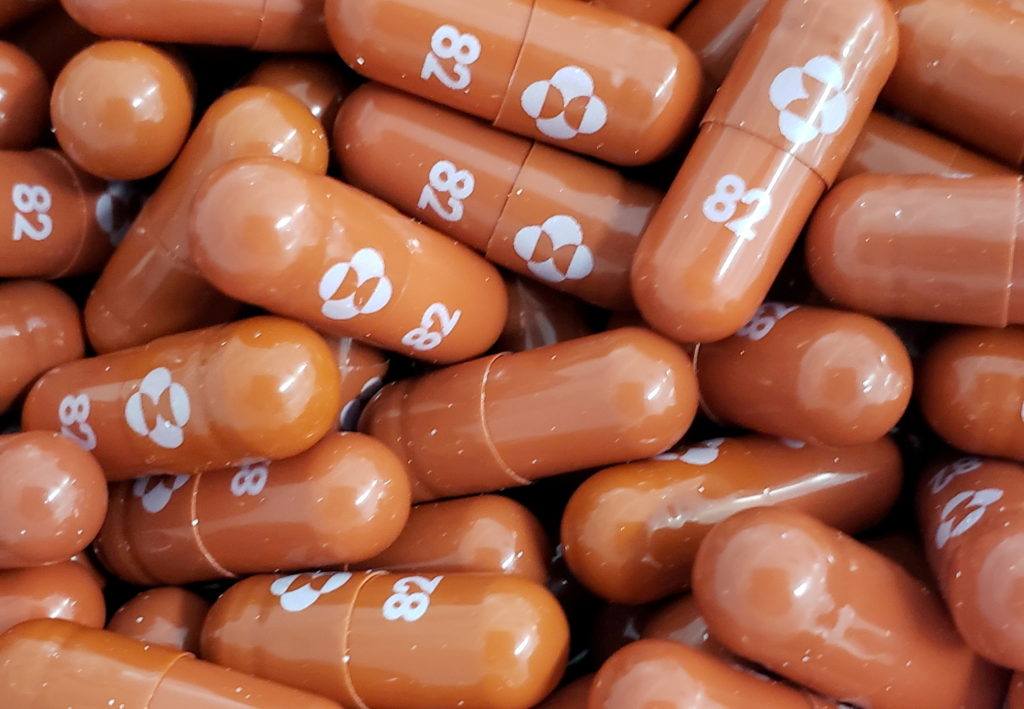 Drugmaker Merck asked the federal government Monday to approve what would be the first COVID-19 antiviral pill, a potentially groundbreaking treatment that could ease the burden on overwhelmed hospitals across the country and the world.

The application submitted to the U.S. Food and Drug Administration specifically asks the agency to grant emergency use of their pill for adults with mild-to-moderate cases who are at risk of developing severe symptoms or being hospitalized. An approval could come within weeks.

If authorized, the experimental drug would be the first FDA-endorsed oral remedy, and possibly the easiest type of treatment, against coronavirus. Existing treatments authorized in the U.S. require an IV or injection.

The pill, called molnupiravir, reduced the number of hospitalizations and deaths by half among patients who were beginning to experience COVID-19 symptoms, according to a global trial involving 775 unvaccinated adults with underlying medical conditions.

Merck’s Phase 3 study also found that the pill showed “consistent efficacy” across the variants gamma, delta and mu. The New Jersey-based company plans to produce 10 million treatment courses of molnupiravir by the end of the year.

The promising COVID-19 treatment was developed in partnership with Ridgeback Biotherapeutics, a biotechnology company headquartered in Miami.

“The submission to the FDA is a critical step towards making molnupiravir available to people who may benefit from an oral antiviral medicine that can be taken at home shortly after diagnosis with COVID-19,” Ridgeback CEO Wendy Holman said in a statement.

Preliminary results from the drug’s late-stage trial were so encouraging that an independent panel of medical experts recommended Merck stop recruiting participants earlier than planned, according to the company.

The study found that only 7.3% of patients who were taking molnupiravir were either hospitalized or died within the first 30 days, compared with 14.1% of those who were taking a placebo drug, Merck said in a report earlier this month. After 30 days, there were no deaths among participants taking the pill while eight of those in the placebo drug died from the virus, the study found.

Dr. Anthony Fauci, the federal government’s leading authority on infectious diseases, has described the study as “impressive.” He also said regulators must now take a close look into the pill’s safety data before approving it for public use.

Merck said 35% of people who took molnupiravir reported adverse events during the study, compared with 40% of those taking a placebo drug.

The company is also “actively working” with regulatory agencies around the world to seek authorization for its pill in the coming months. In the U.S., Merck has an agreement with the Biden administration to supply enough pills to treat about 1.7 million people at a cost of $700 per treatment course.

“We look forward to working with the FDA on its review of our application, and to working with other regulatory agencies as we do everything we can to bring molnupiravir to patients around the world as quickly as possible,” said Robert Davis, Merck’s CEO and president.