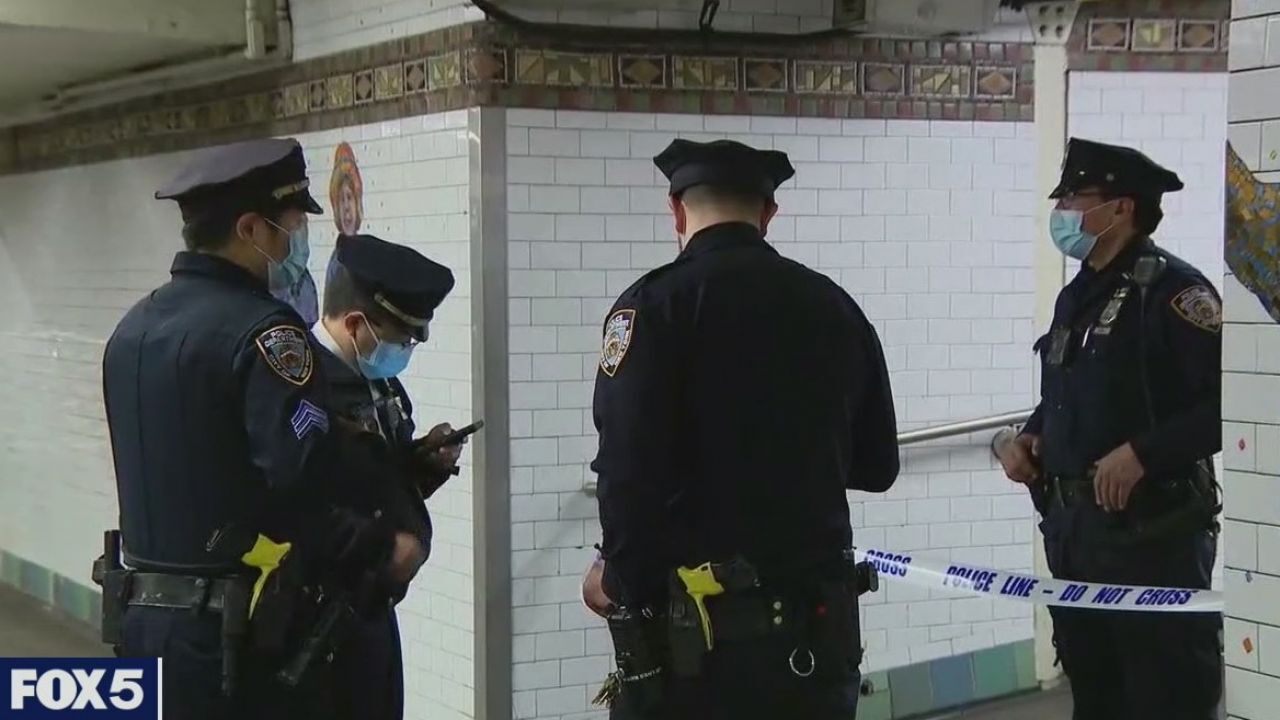 Police have arrested four people in connection with a series of slashings, beatings, and robberies that unfolded early Friday on the 4, 5, 6 subway line, Commissioner Dermot Shea announced on Friday afternoon.

A group of men — possibly up to six — roamed the subway in Manhattan and assaulted several people, wounding some with a knife, NYPD officials said. The group attacked at least four people within a span of 12 minutes aboard a southbound No. 4 in Manhattan.

The men first attacked a 44-year-old man near the Union Square station at about 4:25 a.m., police said. An attacker with a knife slashed the victim while at least one other group member encouraged it, cops said.

A few minutes later, the attackers slashed a 40-year-old man and punched a 41-year-old man, who may have been trying to intervene, police said. The victims got off at Astor Place and went to Bellevue Hospital.

Then at 4:37 a.m., the men slashed a 44-year-old man in the back of his head at the Brooklyn Bridge station and also robbed him, police said. EMS took him to Bellevue Hospital.

Police said a man with a stab wound to his eye approached police inside a subway station in the Bronx and told officers that minutes earlier several men attacked him in the subway at 59th Street in Manhattan. Police believe the same group of men were responsible.

In a statement, NYC Transit Interim President Sarah Feinberg said that perhaps these attacks could have been prevented by a uniformed police presence on the platforms. But she called out Mayor Bill de Blasio’s “negligence” for not bolstering security in the subway system and said he is “risking New York’s recovery” by not taking action.

“The responsibility for these vicious attacks does not fall on an already strapped police department — it falls on City Hall and the individuals who are taking advantage of the mayor’s negligence on the issue,” Feinberg said in a statement. “If he needed a wake-up call, this is it. Enough is enough.”

The incidents are the latest in a string of violent crimes aboard the subway system just as the MTA prepares to restore full service for the first time since April 30, 2020.

The NYPD is set to assign 500 more police officers to tackle subway crime but transit officials have been urging de Blasio to do more.

De Blasio spokesman Bill Neidhardt accused the MTA of finger-pointing and urged it to “get with the program.”

“We’re going to keep putting massive resources into this fight to keep our subways safe,” he said in a statement.